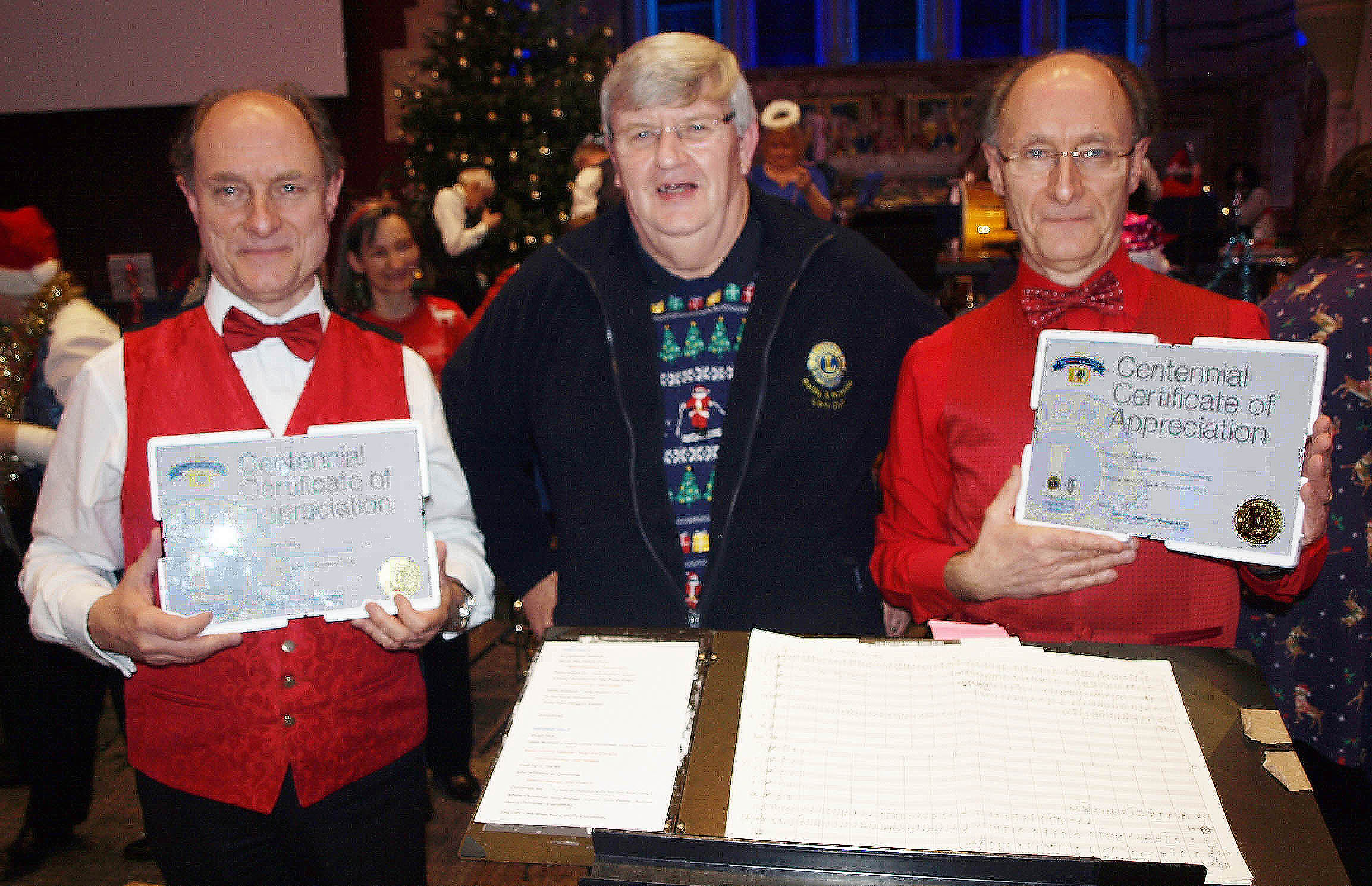 Oadby & Wigston Lions Club presented the first of its ‘Centennial Certificate of Appreciation’ awards to Robert and David Calow.
Robert is the Orchestra Manager and David the Orchestra Conductor of the Bardi Wind Orchestra. Together the Bardi Wind Orchestra and the Lions Club have staged a Charity Concert at the De Montfort Hall, Leicester every year for the past nine years. Each year the concert has helped a different charity and has raised thousands of pounds over the nine years.
The award gave the Lions Club a way of saying a BIG thank you to Robert, David and the Bardi Wind Orchestra. The next charity concert will be on the 16th June in aid of the Derbyshire, Leicestershire & Rutland Air Ambulance.
Picture: (L to R) Robert Calow Orchestra Manager, Richard Darlaston Vice President of Oadby & Wigston Lions club, David Calow Orchestra Conductor.