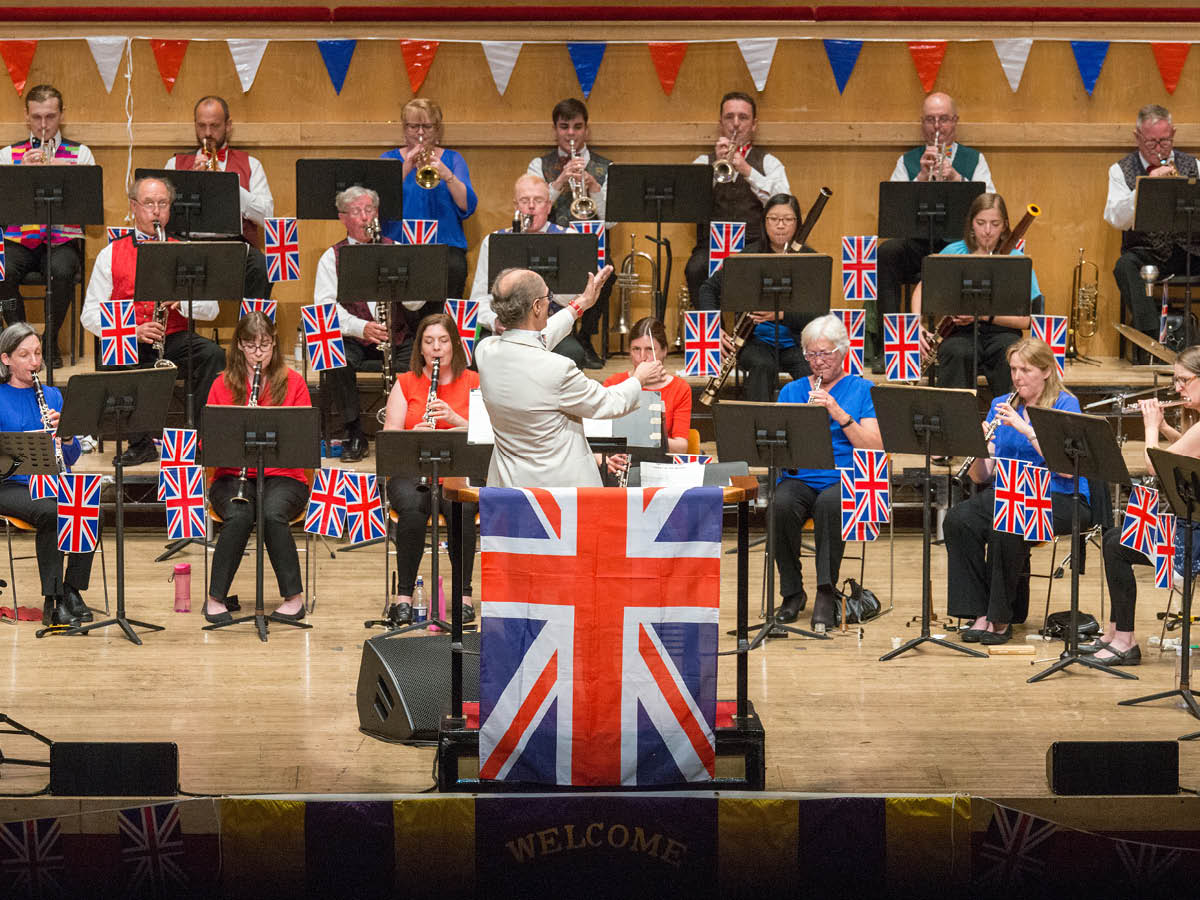 For the second time in just over a week the Bardi Wind assembled to provide an exciting concert in celebration of the Platinum Jubilee in this, the Wind Orchestra’s 30th year!

Following their appearance at Hinckley’s Hollycroft Park, where an audience of thousands celebrated the Platinum Jubilee in the sunshine with picnics, they appeared this time on the concert platform at Leicester’s De Montfort Hall giving their annual charity concert in association with the Oadby & Wigston Lions Club on Sunday 12 June.

A large contingent of civic dignitaries attended in support of this year’s nominated charity, Your Local Air Ambulance. The specially devised programme celebrated the Platinum Jubilee with 70 years of popular music associated with Her Majesty the Queen. It was presented by popular local compere Martin Ballard. Jenny Saunders and David Morris provided vocal items and the programme ended with a rousing ‘Last Night of the Proms’ finale which left the audience shouting for encores.