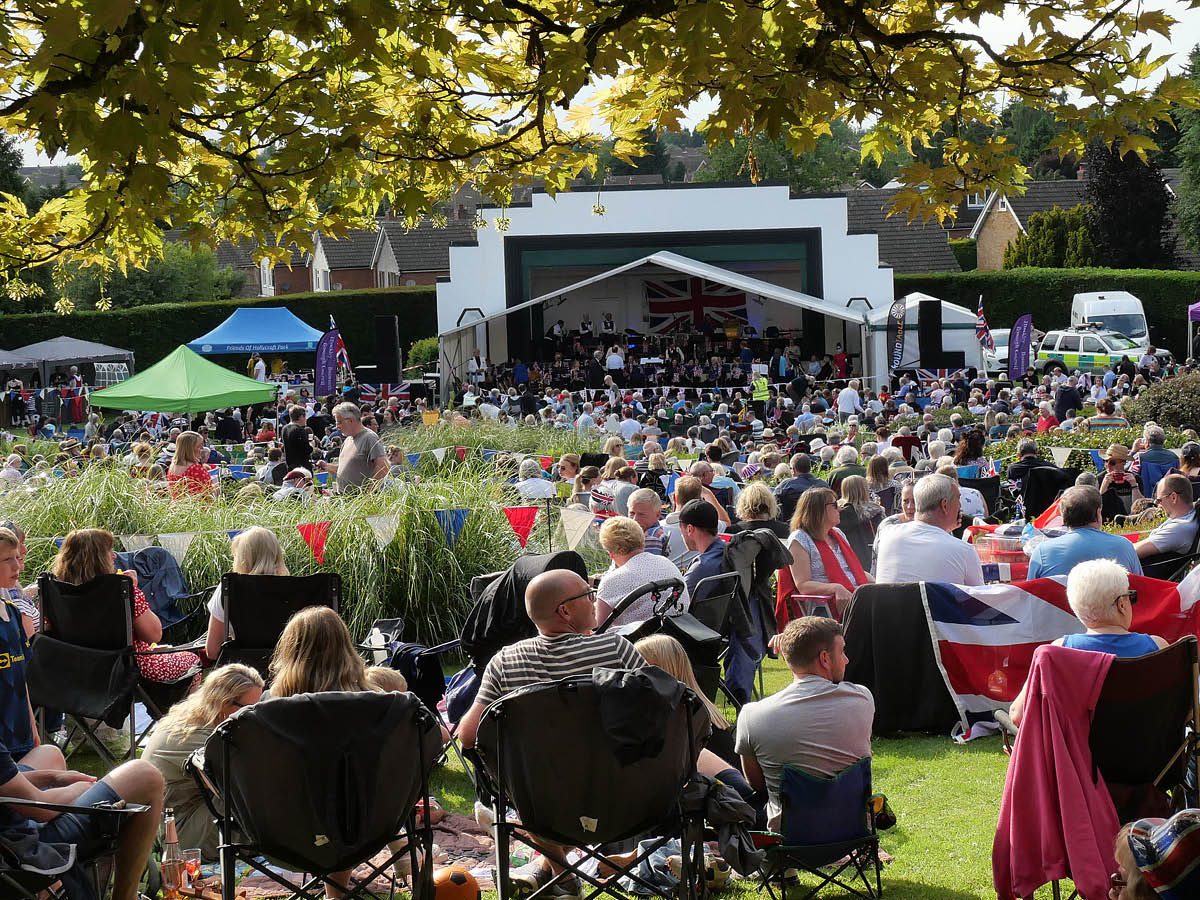 The Bardi Wind Orchestra got the Queen‘s Platinum Jubilee celebrations off to a fine start in Hinckley at the beginning of the long Bank Holiday weekend.

After a highly successful appearance at the town’s Hollycroft Park last summer, the BWO were invited to return for this special concert. Joined by popular vocal soloists Jenny Saunders and David Morris, and conducted by BWO’s conductor David Calow, the Orchestra held the attention of the picnicking audience until late in the evening. The weather was very kind and players eyes widened as more and more audience poured into the park before the concert – last year’s audience was large but this year exceeded all expectations. Those who could get a spot in front of the Orchestra happily sat under the trees at the side (where the view was limited) with their picnics and sang along anyway! As this was a free event it was not possible to get an accurate count of the audience, but it was thought to be several thousand (possibly ten thousand) and certainly the BWO’s biggest audience ever!

If you missed the concert, don’t worry the Orchestra will be doing it all over again at De Montfort Hall in Leicester on Sunday 12 June at 3pm.