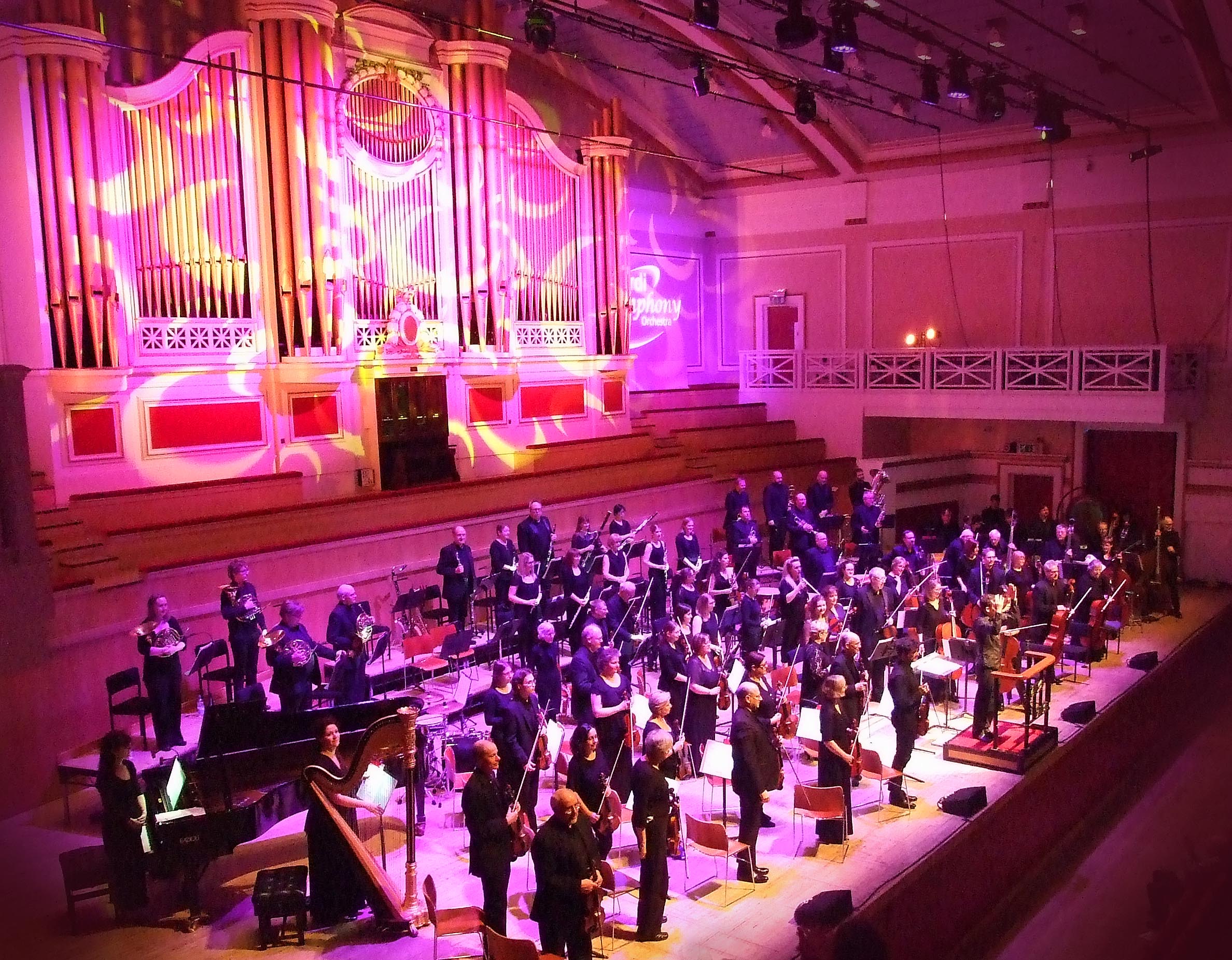 A fantastic family friendly afternoon concert took place at De Montfort Hall on Sunday 15th March featuring a feast of popular classical and film music with Guest Conductor Richard Laing and young local Tuba soloist Stephen Calow. To take take the audience through the instruments of the symphony orchestra, the afternoon was hosted and narrated by the very popular presenter and animateur Tom Redmond from BBC Radio 3.

The concert included performances of Benjamin Britten’s brilliant Young Person’s Guide to the Orchestra and George Kleinsinger‘s Tubby the Tuba, both with Tom as our narrator. Two wonderful musical masterpieces forthe many youngsters in the audience!
Other pieces included the Overture to Beauty and the Beast, “Happy” from Despicable Me 2, Festive Overture and Waltz No.2 by Shostakovich, Beethoven’s Fifth Symphony First Movement and the Berceuse and Finale from Stravinsky’s The Firebird. 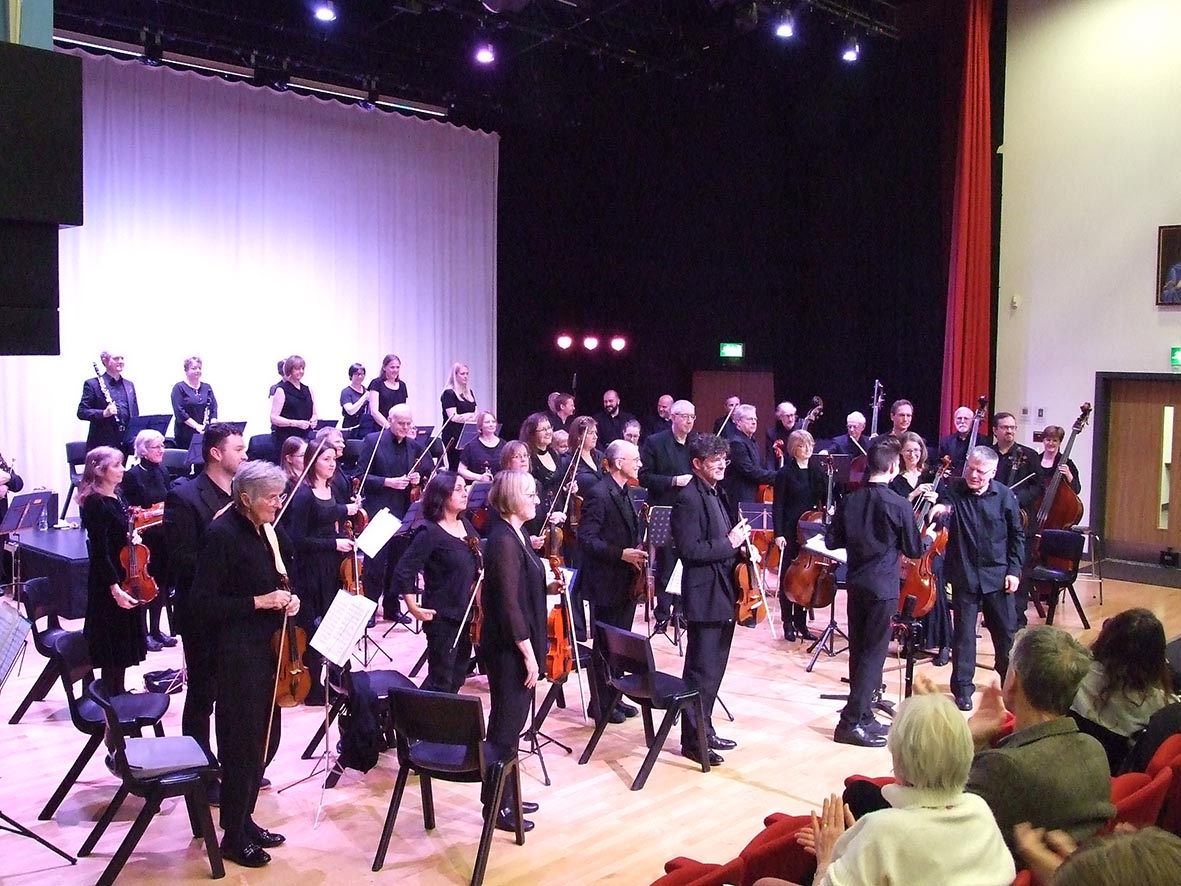 The annual Bardi Young Musician concert series goes from strength to strength. These concerts are intended
to encourage emerging and talented young soloists by giving them a platform on which to perform with a full
symphony orchestra. 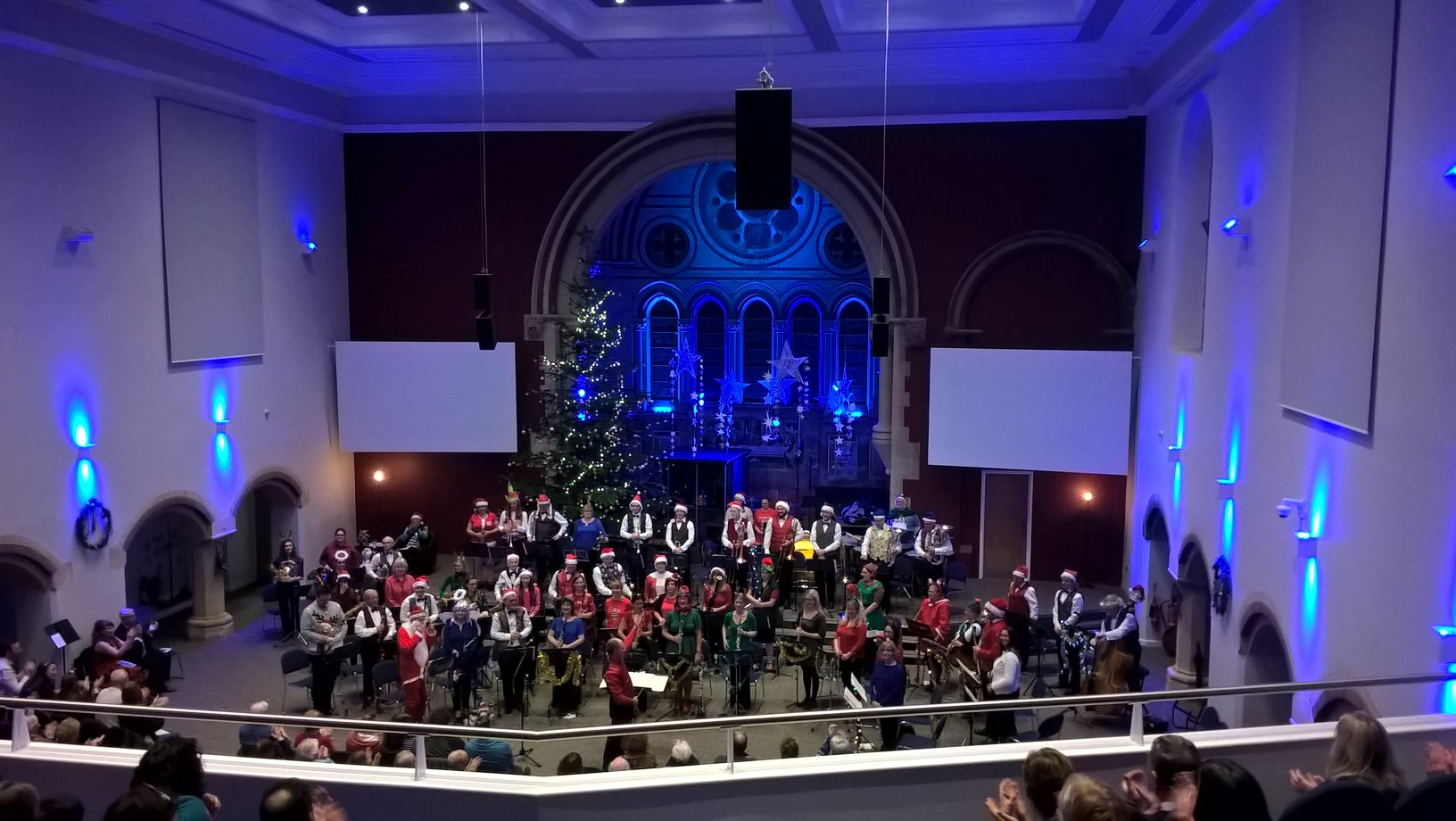 A Feast of Words and Music indeed! The annual Bardi Wind Christmas Festival took place at Holy Trinity Church on Regent Road in Leicester on Saturday 21st December. The Bardi Wind Orchestra was conducted by Music Director David Calow with the usual team of reader John Florance, Soprano Nicky Bingham and compère Colin Blackler. The large and enthusiastic audience heard many Christmas favourites including Christmas Festival, Have Yourself a Merry Little Christmas, In The Bleak Midwinter, Sleigh Ride, Suite from Disney’s Frozen and of course White Christmas!  The concert ended with the audience singing along to Wizard’s I wish it Could Be Christmas Every Day. 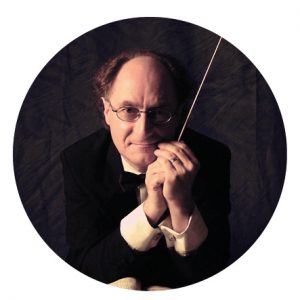 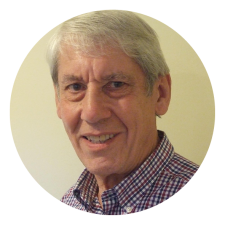 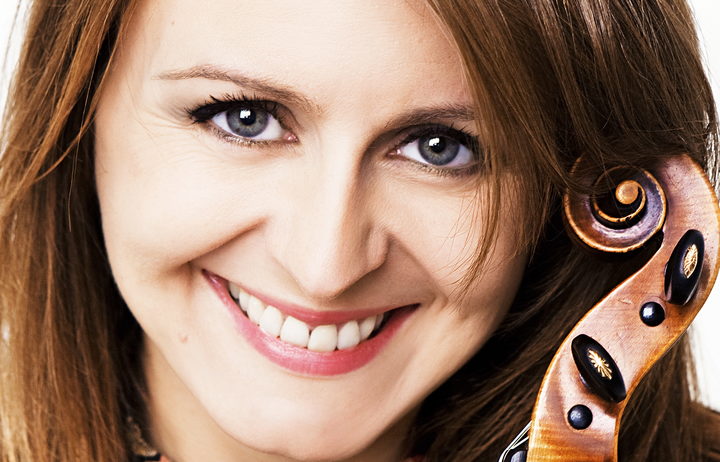 Popular concert hall favourites featured in the Bardi’s second concert of the season on Sunday 1st December at De Montfort Hall in Leicester. The magical overture to Hansel and Gretel was followed by Tchaikovsky’s powerful Violin Concerto with rising star Natalia Lomeiko as the stunning soloist. Dvorák’s seventh symphony, a work featuring the composer’s Bohemian melodies, completed the concert in style under the baton of conductor Claus Efland. 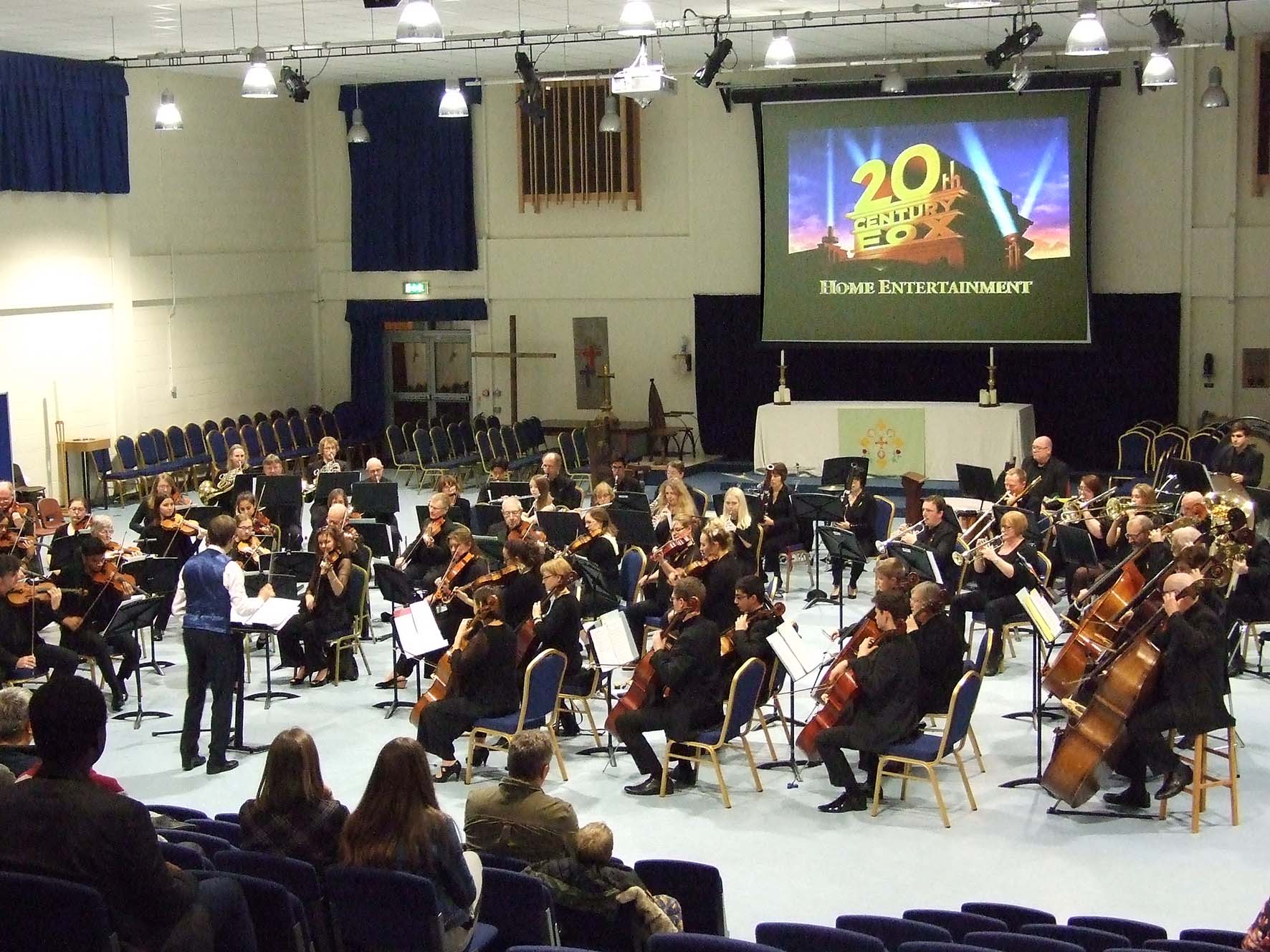 A “Voyage Through the Ages” concert showcased the talents of LGS students both as concerto soloists and as guest members of the Bardi Symphony Orchestra. 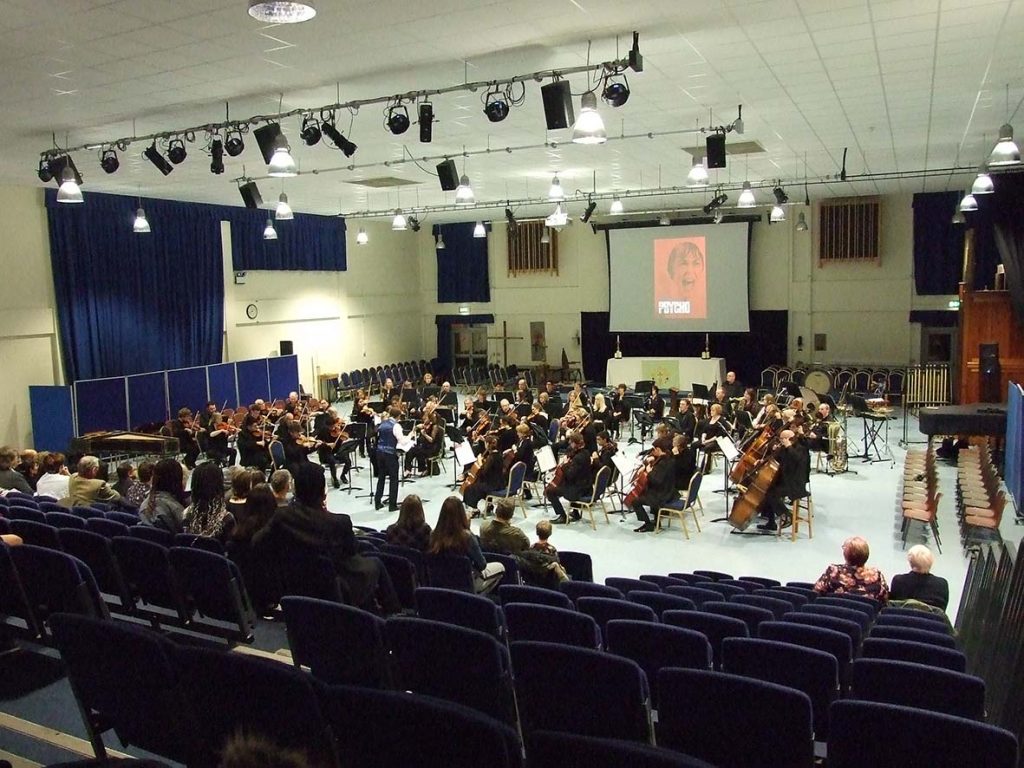 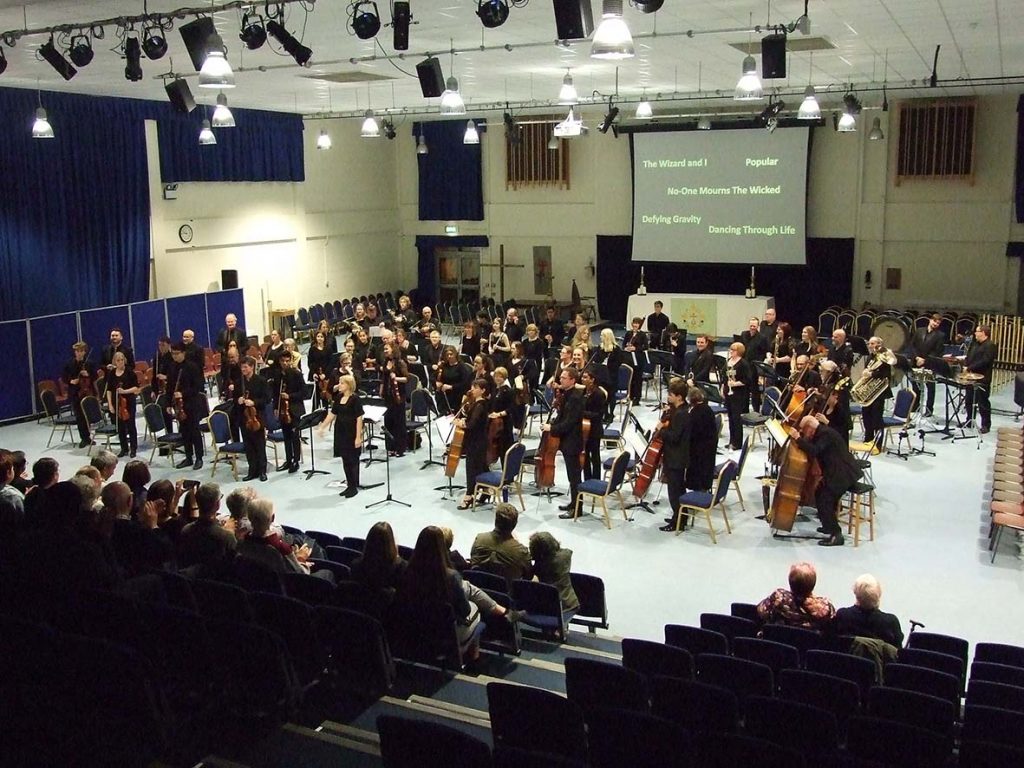 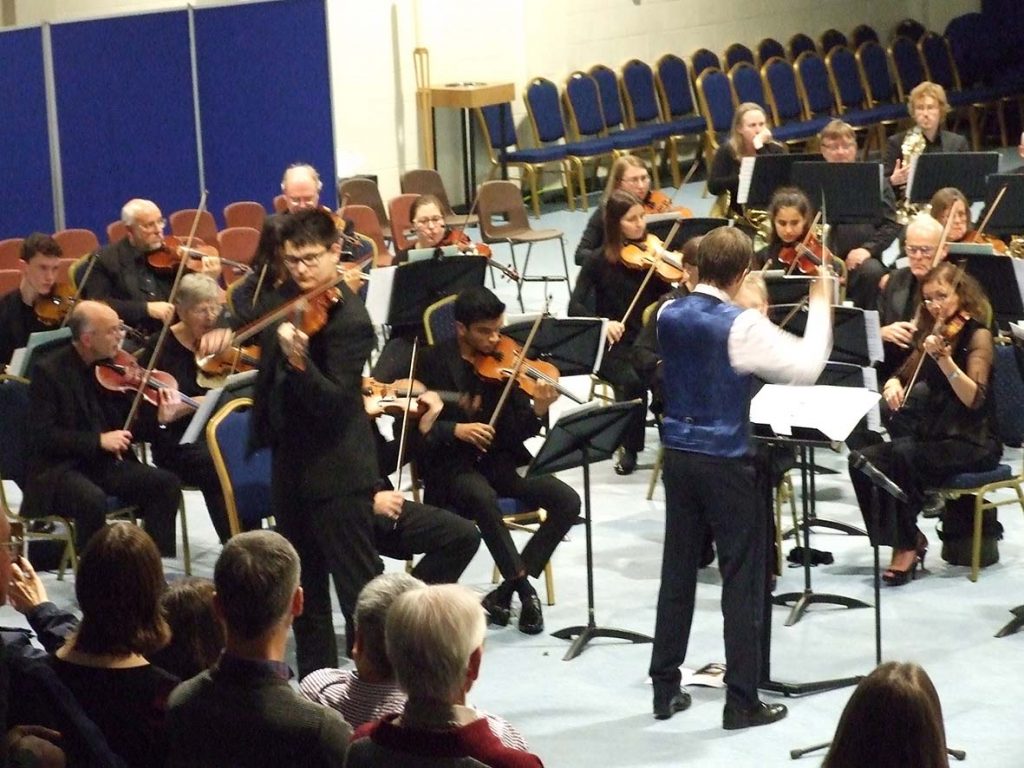 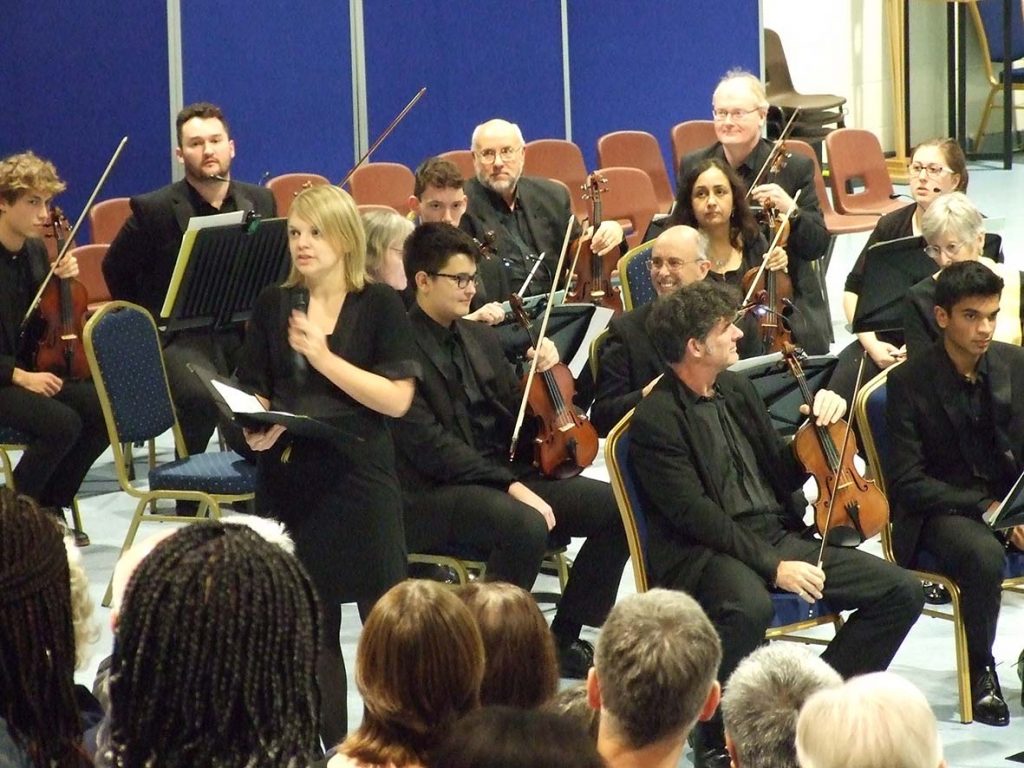 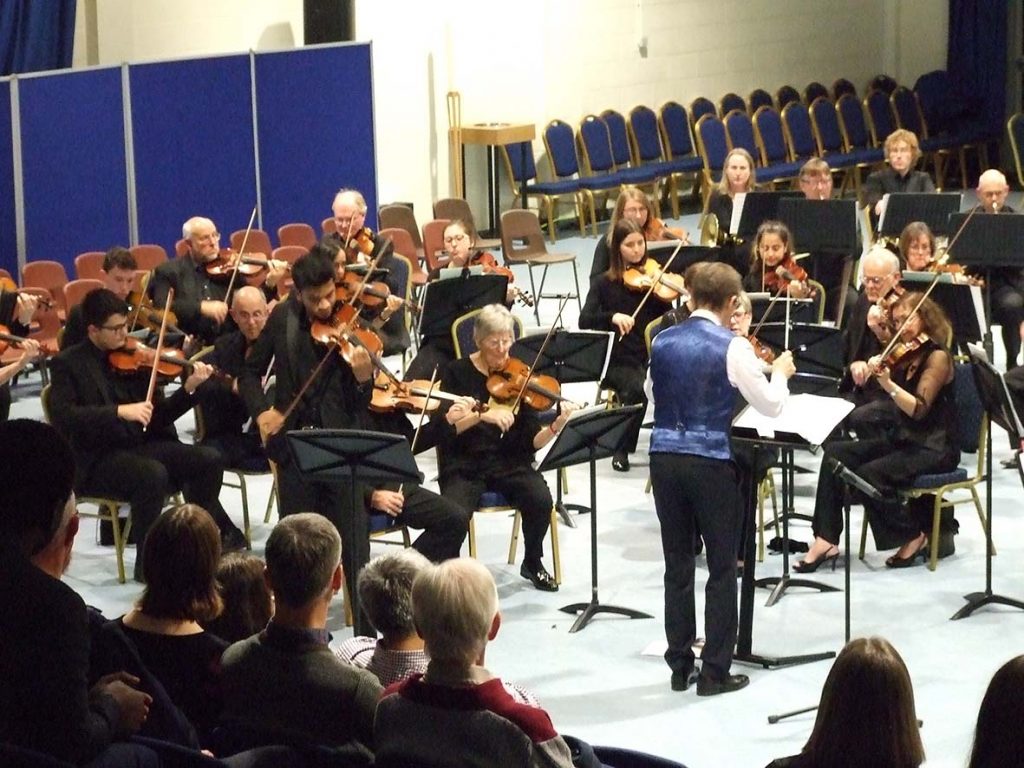 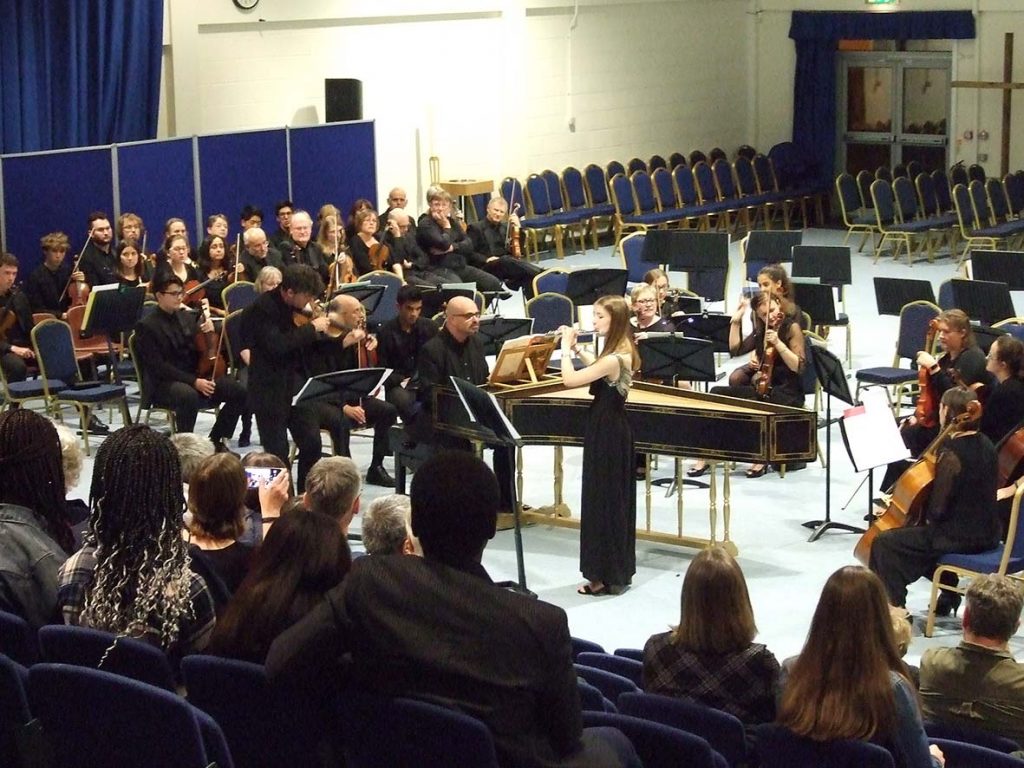 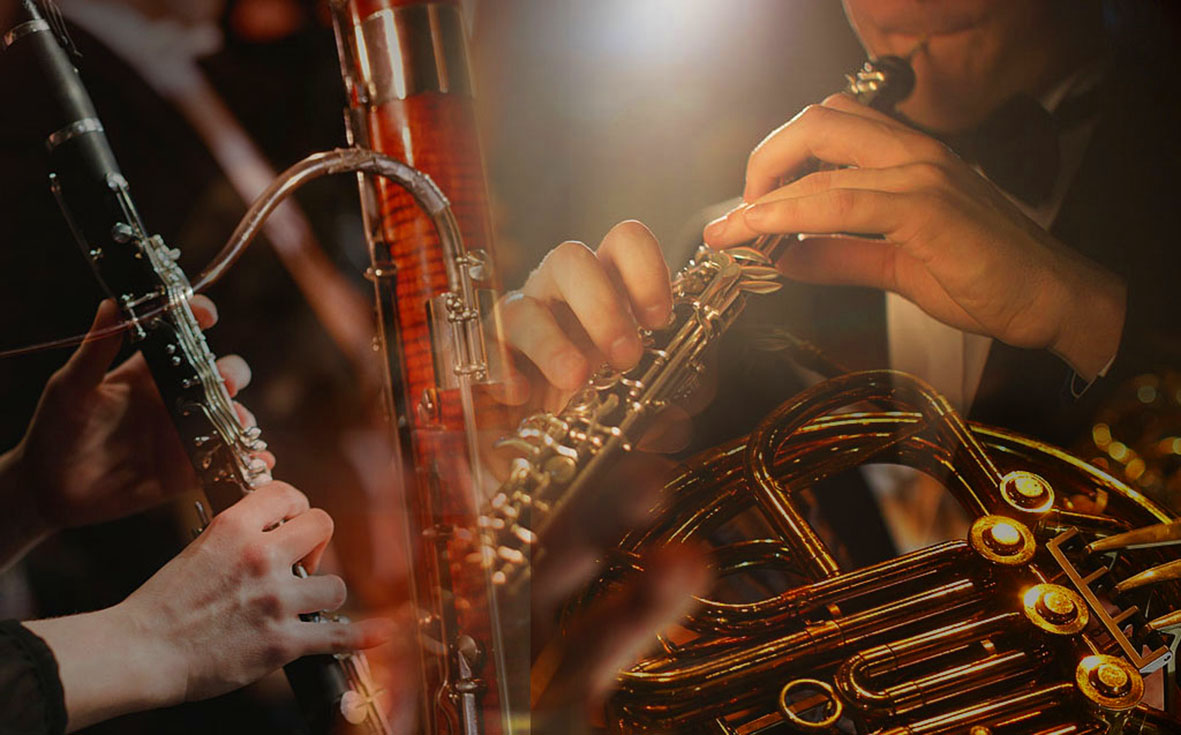 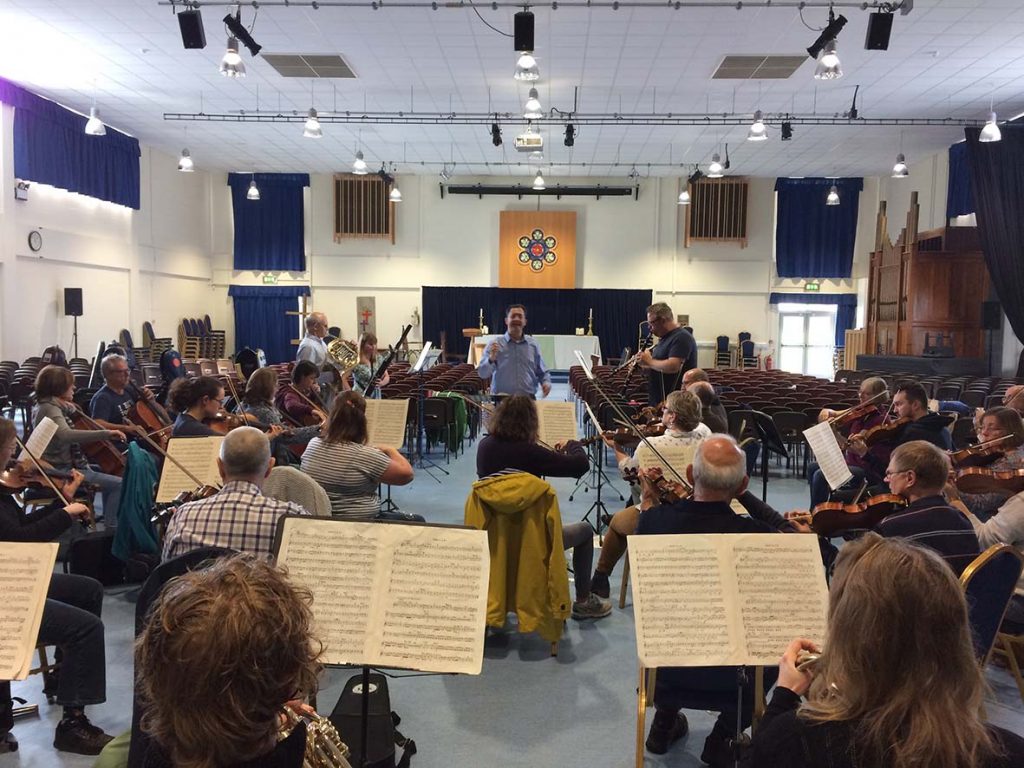 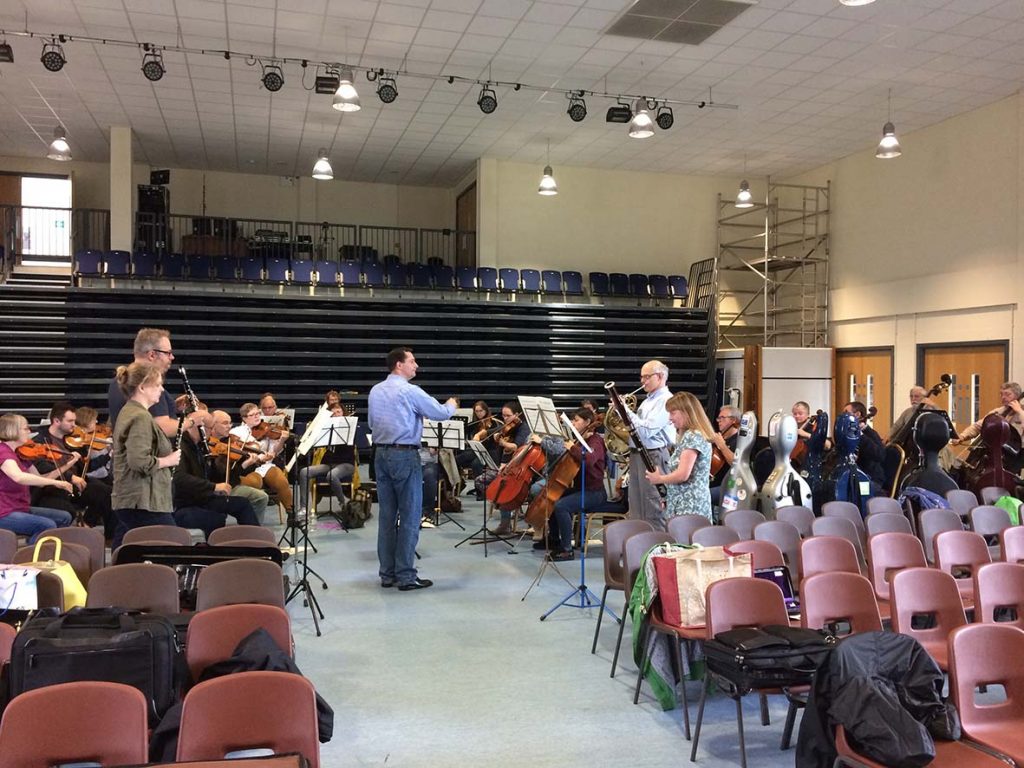 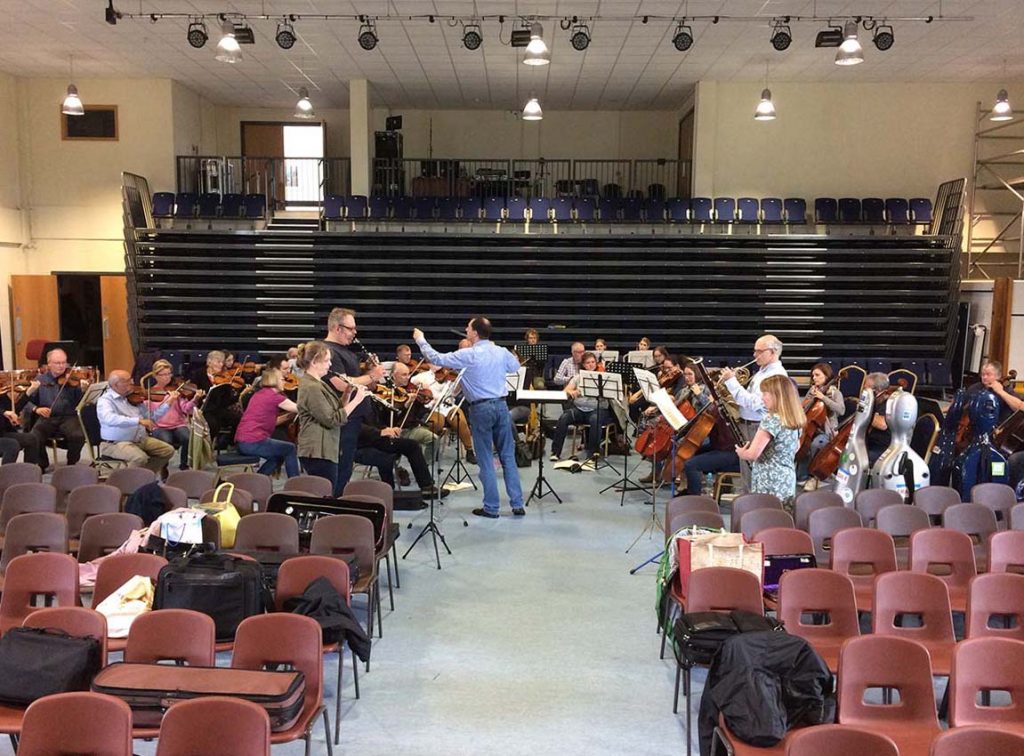 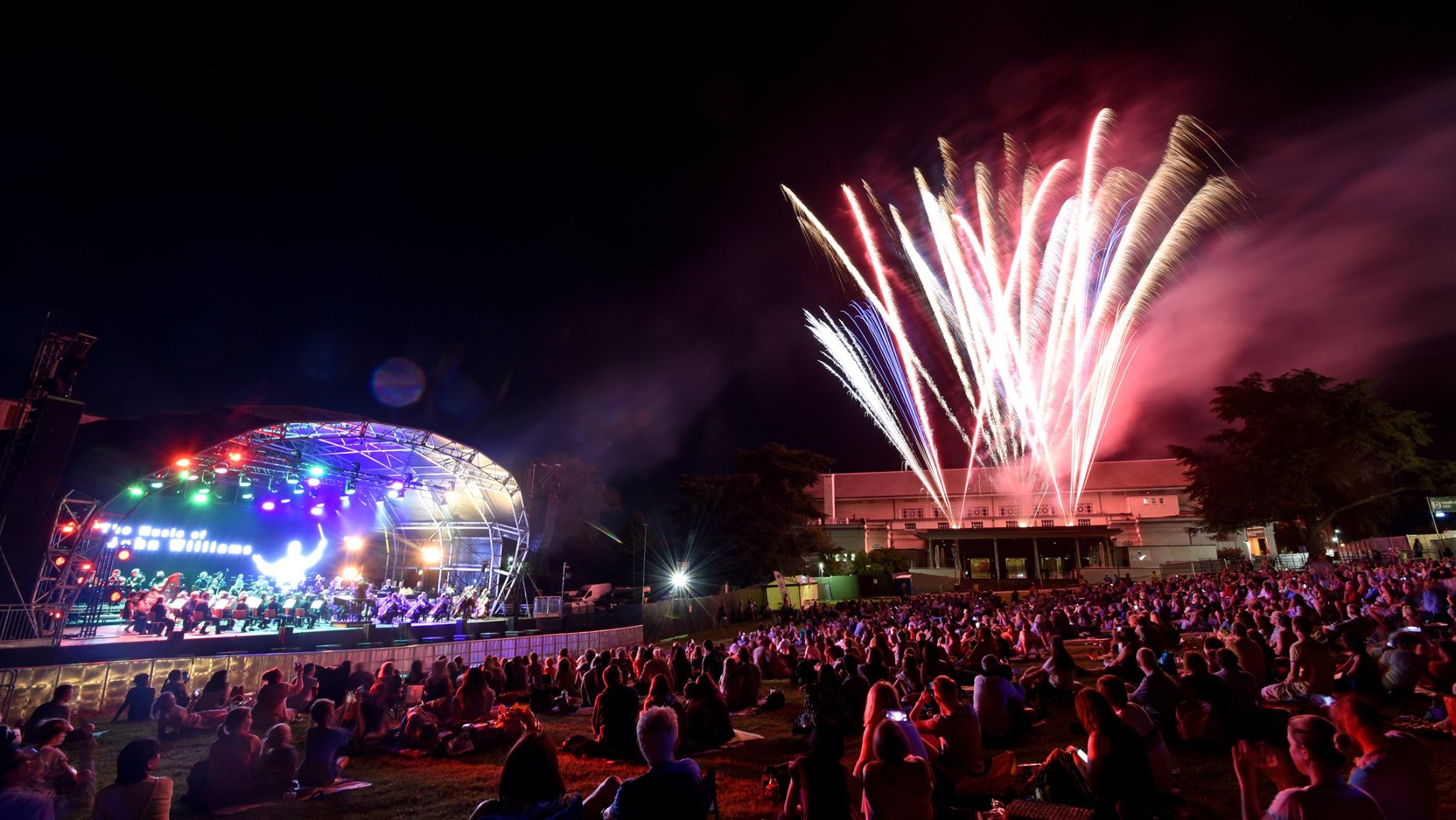 The Bardi Symphony Orchestra under their Music Director Claus Efland concluded the De Montfort Hall “Gigs in the Gardens” concert series in style with a superb concert of music from the Stage and Big Screen. Suites from Les Miserables, The Lion King, The Phantom of the Opera, West Side Story and The Sound of Music contrasted with big screen hits including The Big Country, Gabriel’s Oboe, The Pink Panther, Moon River, James Bond, Out of Africa, Pirates of the Caribbean and Star Wars. There was something for everyone who attended!

The concert, which saw an enthusiastic audience of over 1750 including many families and youngsters, ended with a firework finale to a selection of John Williams’ greatest hits; Star Wars, Jaws, Superman, Indiana Jones, ET and Harry Potter! 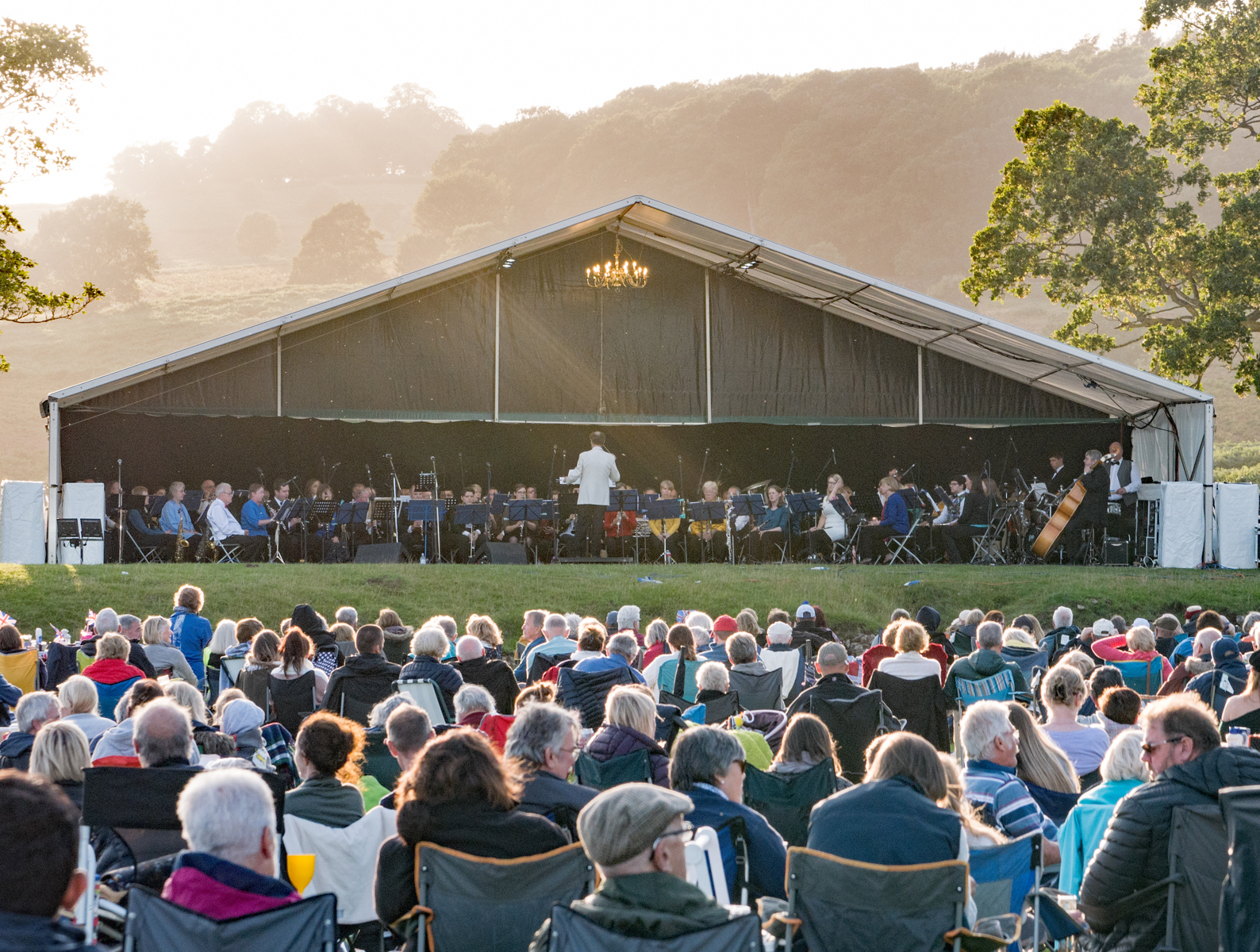 The Bardi Wind Orchestra under the baton of Music Director David Calow performed at the 2019 Bradgate Proms on Saturday August 17th to another capacity audience.  This was the Wind Orchestra’s fourth appearance at the Bradgate Proms and after the flag-waving “Last Night of the Proms” the finale to the concert was The Dam Busters with fireworks lighting up the ruins of Lady Jane Grey’s castle.

Regular soloists soprano Jenny Saunders and tenor David Morris sang classics and popular standards including Summertime, My Heart Will Go On, Nessun Dorma and Come Fly with Me!  Jenny and David then joined each other in A Whole New World from Disney’s Aladdin and a moving performance of Time to say Goodbye.

The whole evening was again expertly compèred by Colin Blackler. 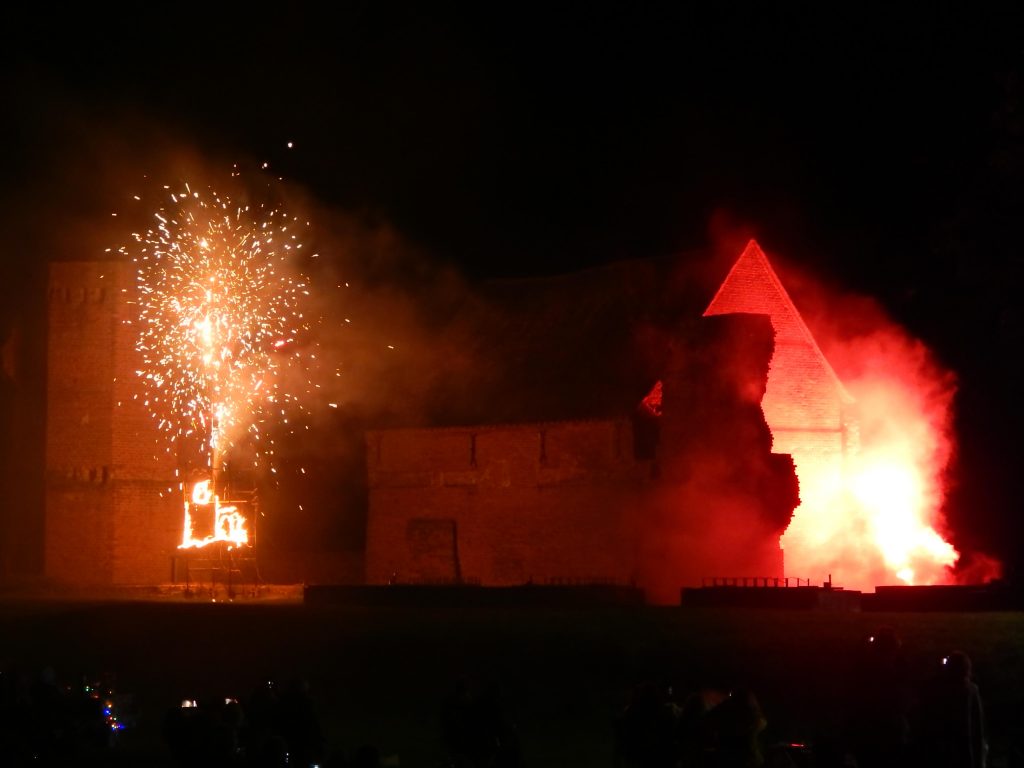 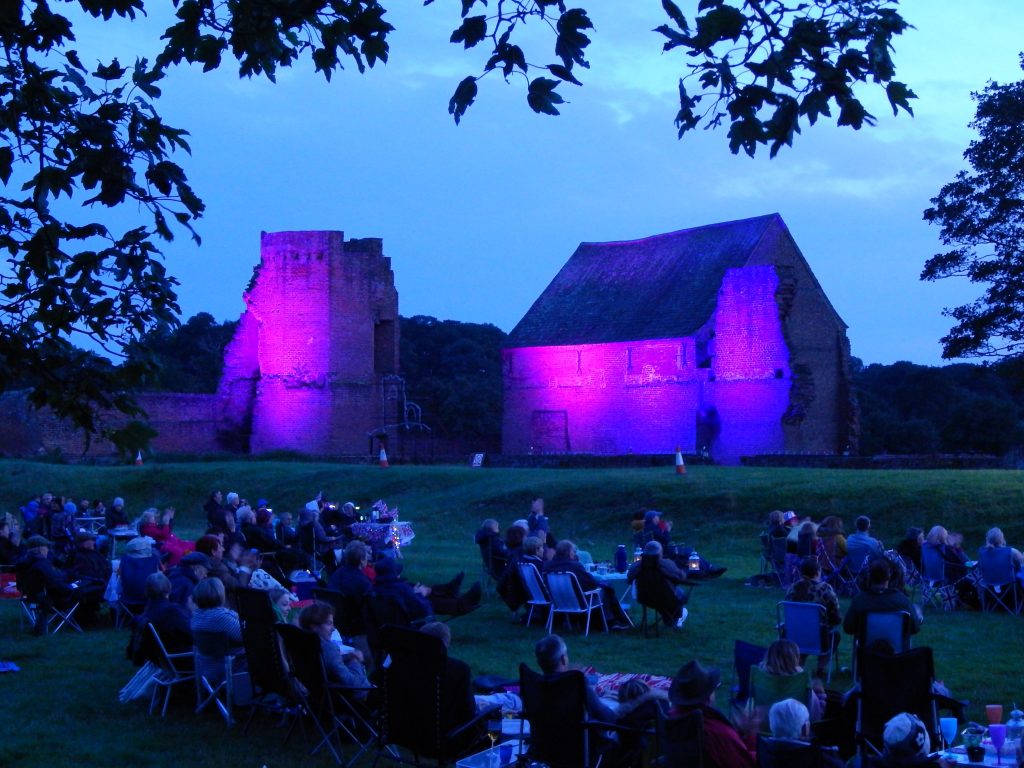 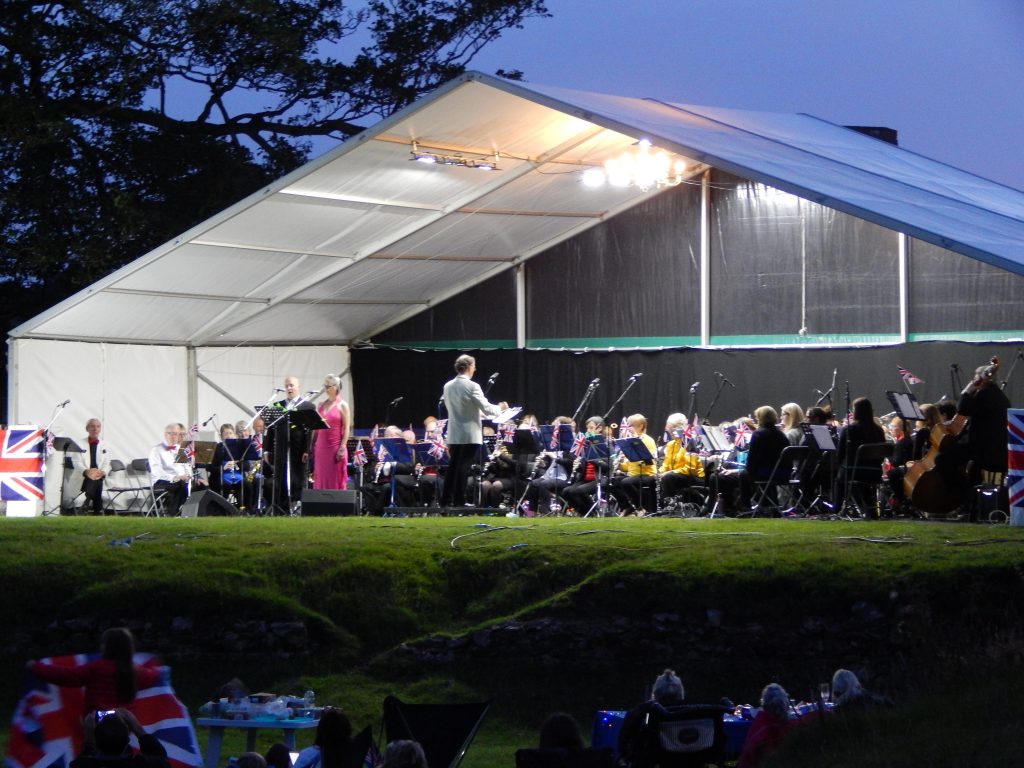 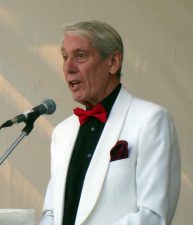 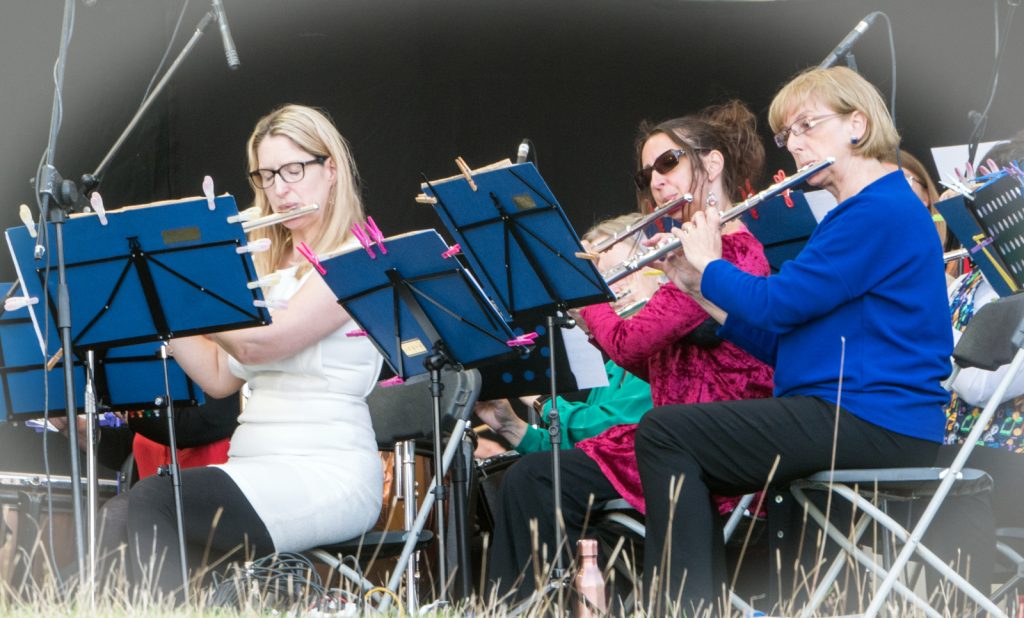 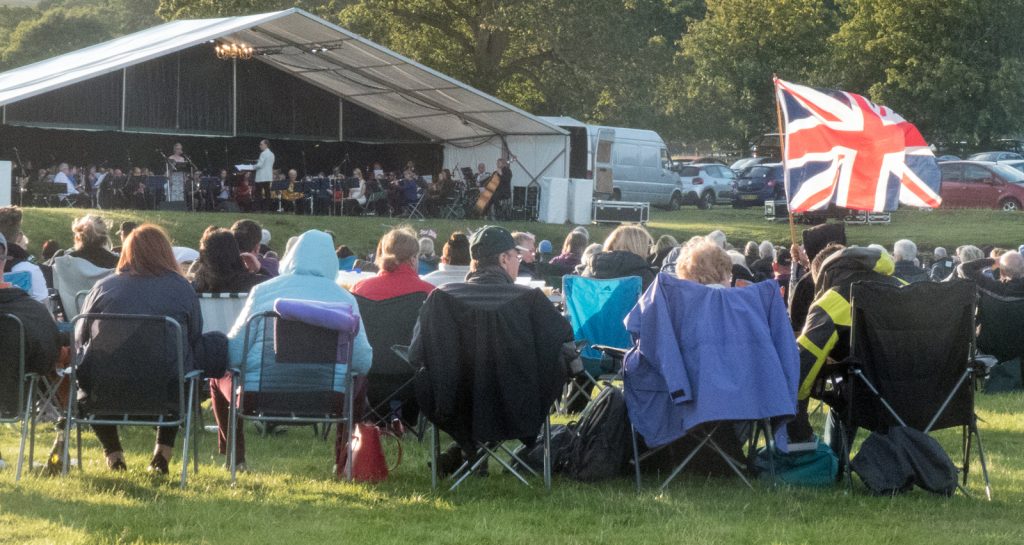 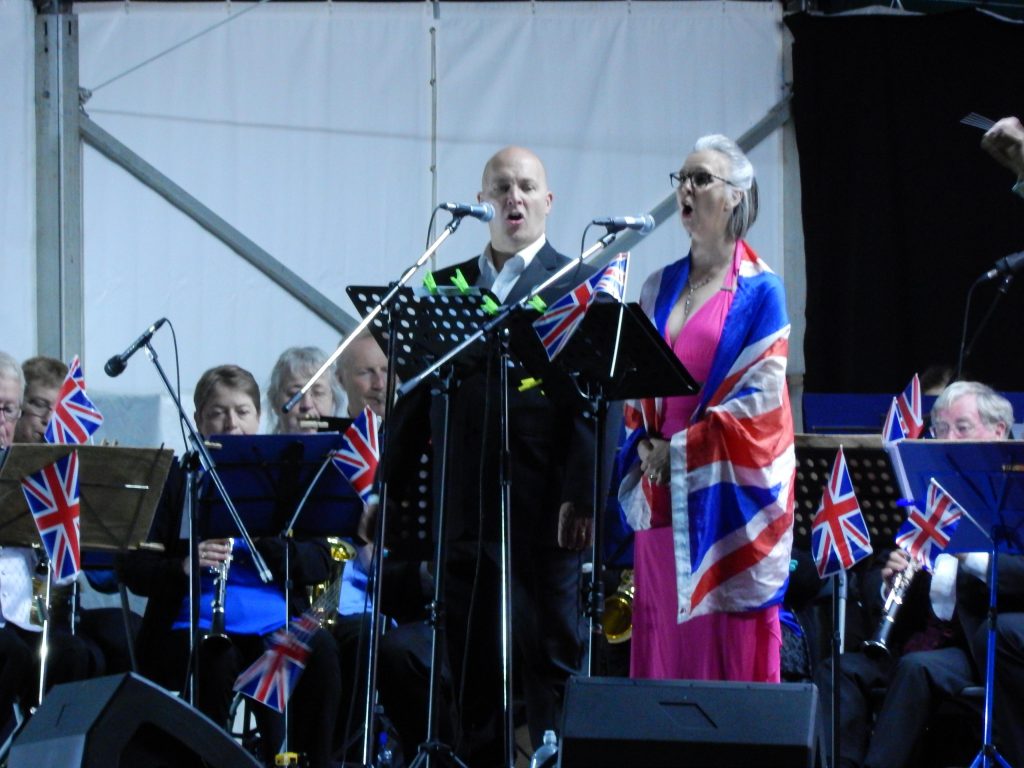 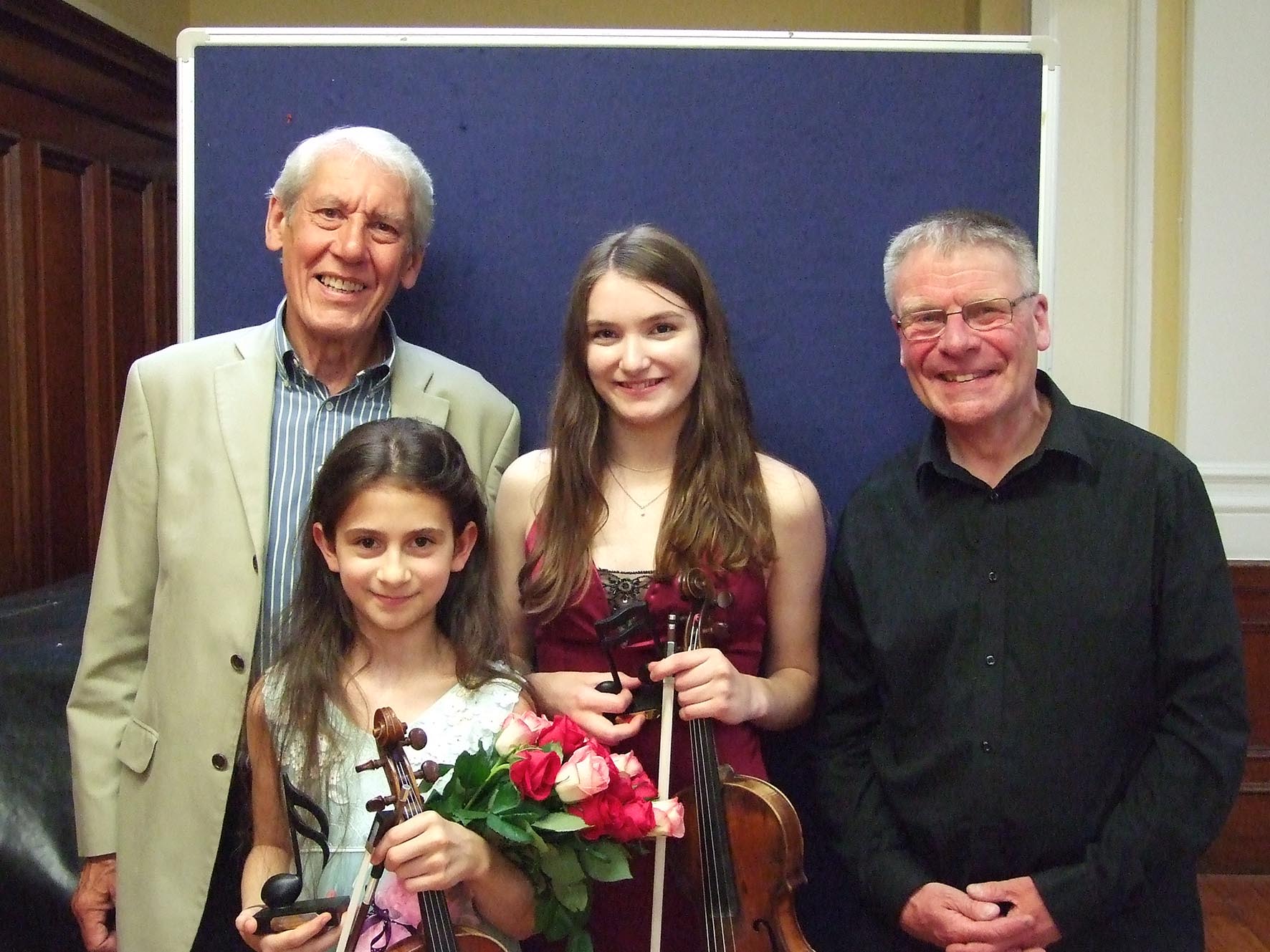 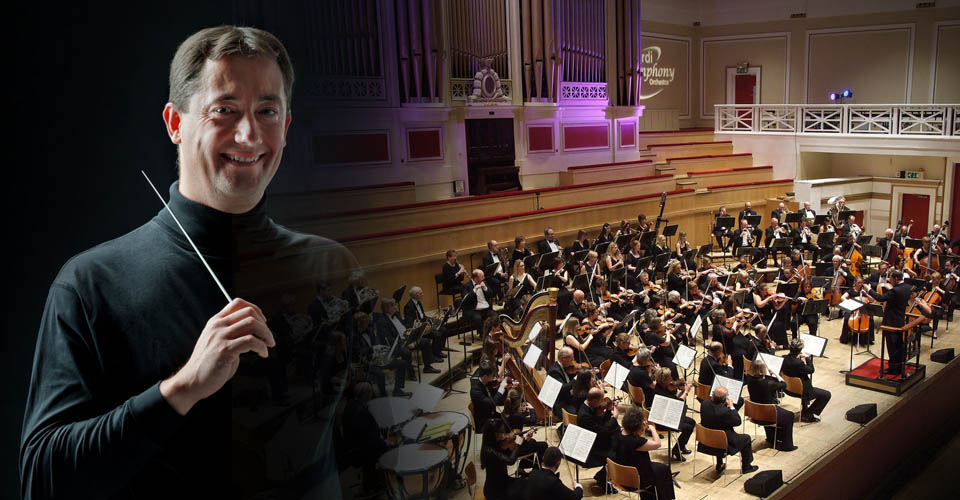 Sunday 15 March 3pm   2020
A Young Person’s introduction to the Symphony Orchestra
Richard Laing – guest conductor and host
To include:. Benjamin Britten – A Young Person’s Guide to the Orchestra (with narrator)
Join the Bardi to learn about the instruments of the Symphony Orchestra, in a feast of popular classical and film music for all the family hosted by Guest Conductor Richard Laing. The concert will include a performance of Benjamin Britten’s “Young Person’s Guide to the Orchestra” .