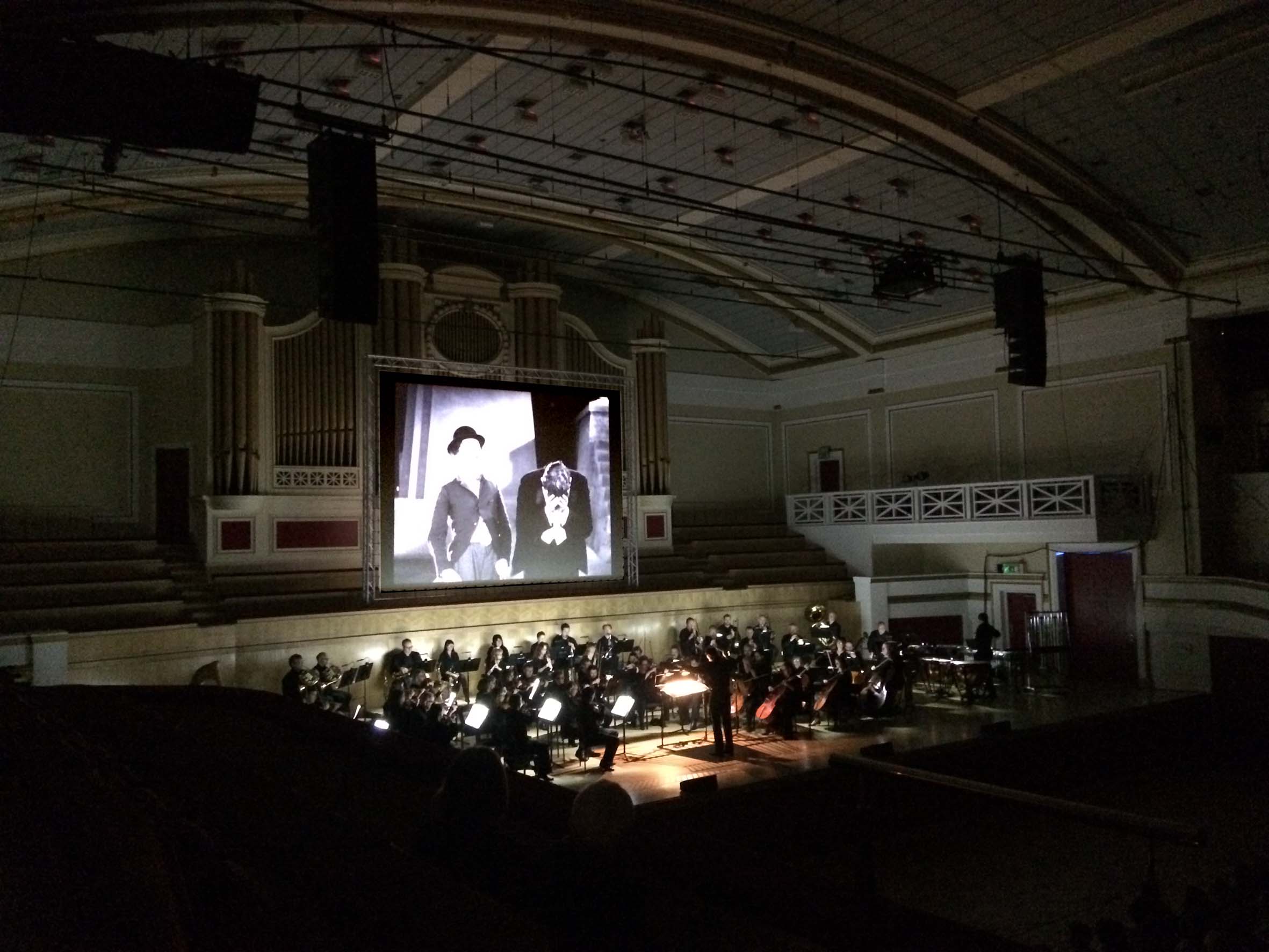 The classic black and white Chaplin movie City Lights with the Bardi Symphony Orchestra playing the soundtrack live was very well received by a large and enthusiastic audience at De Montfort Hall. Conductor Claus Efland and the Bardi broke new ground by playing a film soundtrack to a live film screening for the first time. It was one of the latest highlights of the 30th Anniversary Season of the Orchestra.