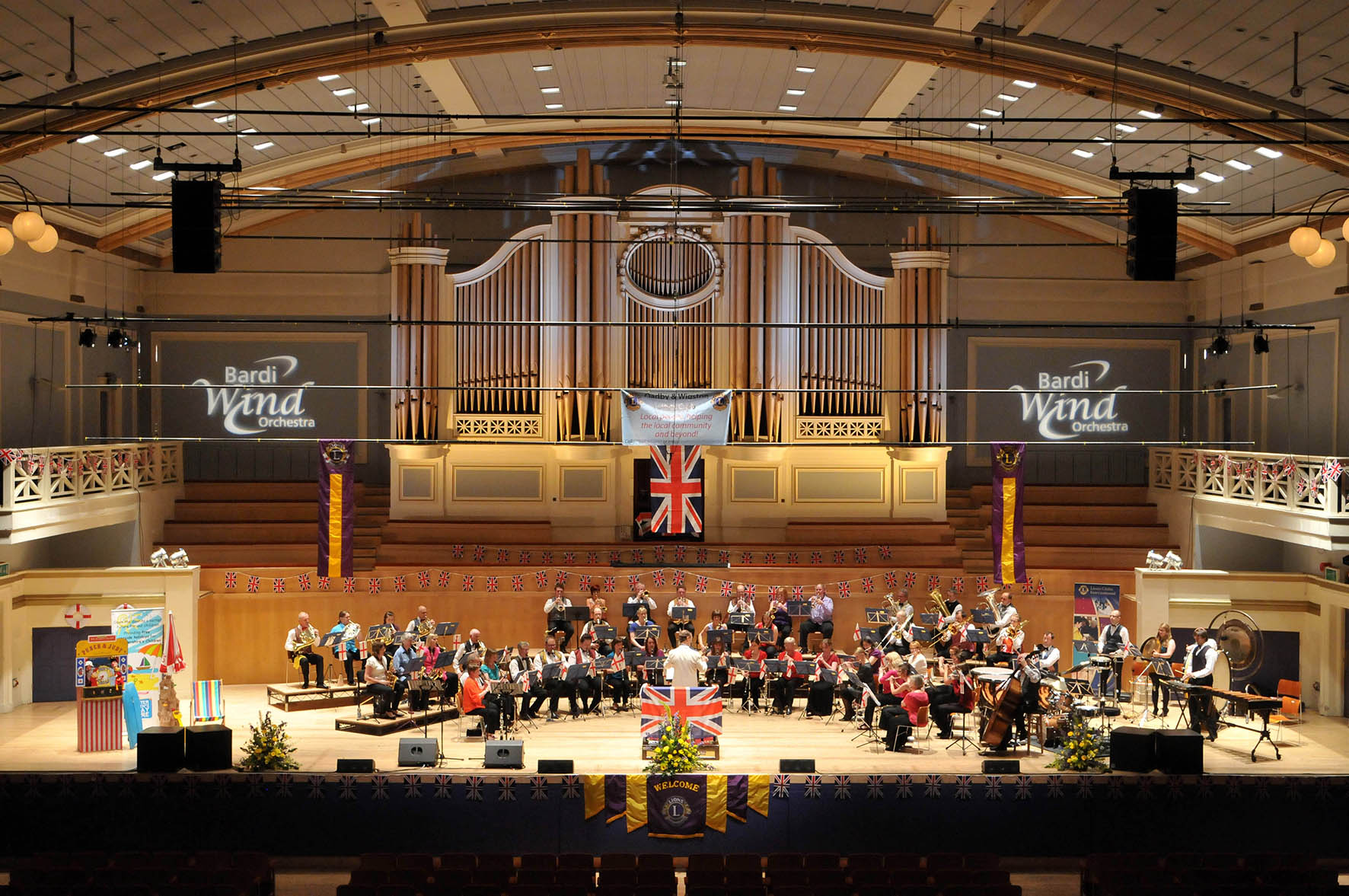 30 Years of the Bardi Wind Orchestra

Latest from the Bardi Wind Orchestra

The Bardi Wind Orchestra was founded from the extended wind, brass and percussion of the Bardi Symphony Orchestra by Robert and David Calow in 1992.

This Leicester-based ensemble was formed with the aim of performing the original repertoire written for ‘symphonic winds’, from the works of Holst, Grainger and Vaughan Williams to the ‘High School Band’ works from America by Stravinsky, Schoenberg and Hindemith. More recent concerts have shown the lighter side of the symphonic bands’ repertoire with selections from shows, the movies, TV themes and pop music.

Martin Slipp was the conductor for the Orchestra’s first two concerts after which David Calow was appointed Music Director. David has conducted every concert since.