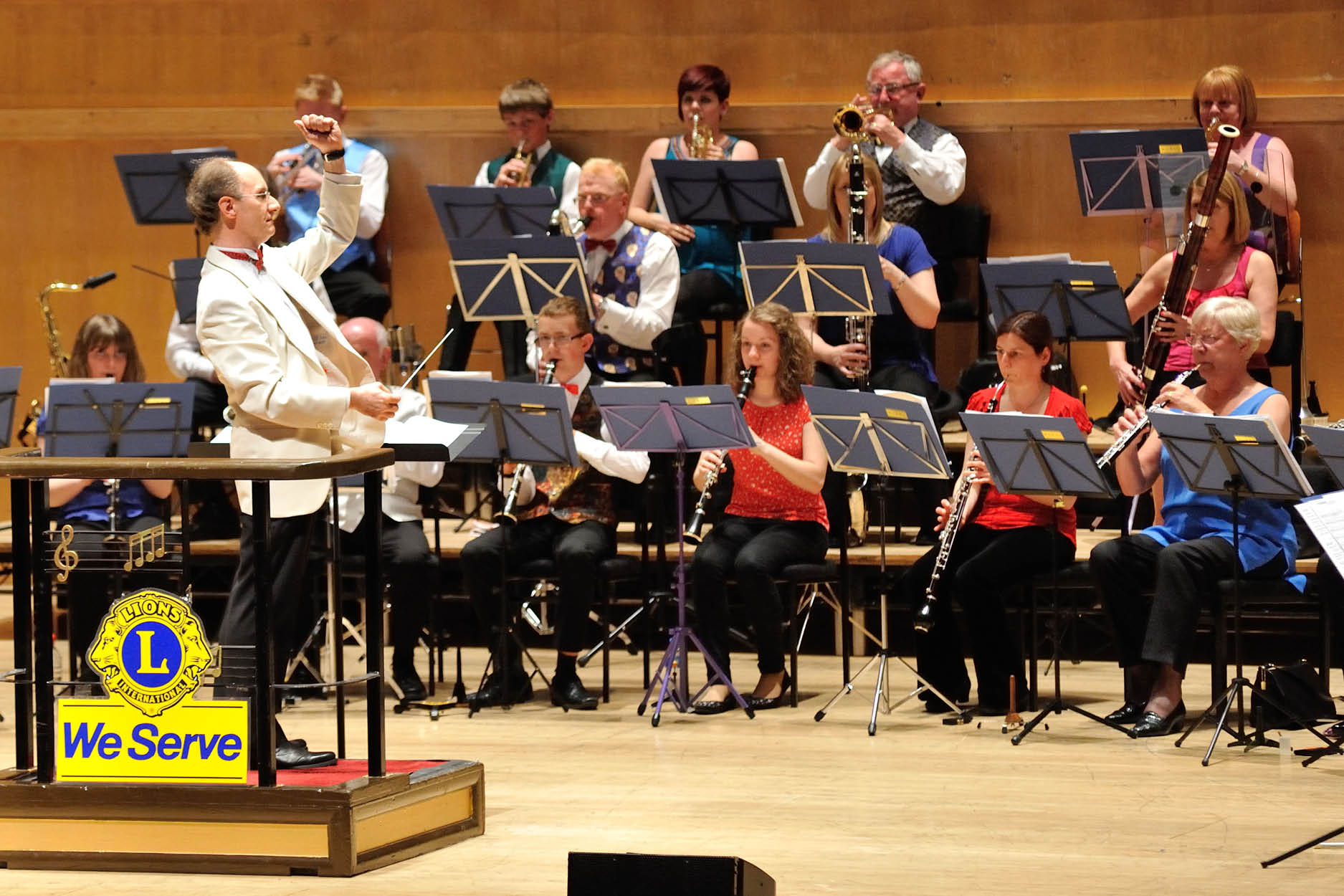 David Calow was born and educated in Leicester, receiving his early musical training from the Leicestershire School of Music. He played flute and piccolo in The National Youth Wind Orchestra from 1978-84, under the baton of Harry Legge, a renowned expert on the Symphonic Band repertoire. David now runs CalowCreative studio in Leicester with his brother Robert.

David became Music Director and Conductor of the Bardi Wind Orchestra in 1996. The Wind Orchestra now has an enviable reputation performing at major fund raising Gala Concerts each year at De Montfort Hall, the Christmas Festival concerts at Holy Trinity Church, Regent Road in Leicester and the Bradgate Park and Hinckley Prom Concerts.

Recent years have seen David increasingly in demand as a conductor elsewhere working with the Bardi Symphony Orchestra wind and brass, Warwick Orchestral Winds, The University of Leicester Orchestra and Wind Band. David has also conducted the Leicester-based wind ensemble Musicamici for over 30 years.

In 1995 David was appointed Music Director of the I.D.O.L.S Operatic Group in Leicester for their Little Theatre production of South Pacific. Over the following ten years he directed Seven Brides for Seven Brothers, Oklahoma!, The King and I, Guys & Dolls, Mack and Mabel, Anything Goes and Kiss Me Kate. David also worked with the production team and cast on 3 original shows and the critically acclaimed Little Theatre premiere of The Best Little Whore House in Texas. He has also directed full productions of Jesus Christ Superstar and Godspell.

In 2007 David was appointed Associate Conductor of the Rutland Sinfonia. Adventurous concert programmes have included music by Nielsen for the first time, a completed version of Schubert’s “Unfinished” 8th Symphony by Professor Brian Newbould and the East Midlands premiere of Professor Newbould’s realisation of the seventh symphony. 2012 saw a performance of the Tuba Concerto by Vaughan Williams followed by an authentic version of Mendelssohn’s E minor Violin Concerto for flute. In 2015 David conducted the Sinfonia’s first concerts of Music from the Movies and Musicals and these have continued annually up to the sellout “Saturday Night at the Movies” concert in 2020 in Oakham and the 2022 John Williams Movie concert in Oundle.

In January 2015 David was appointed Music Director of the Clarendon Park Orchestra.  Under David’s direction the Leicester-based CPO has grown into a 50 strong full Orchestra which performs 2 concerts a year at Christchurch on Clarendon Park Road in the city.