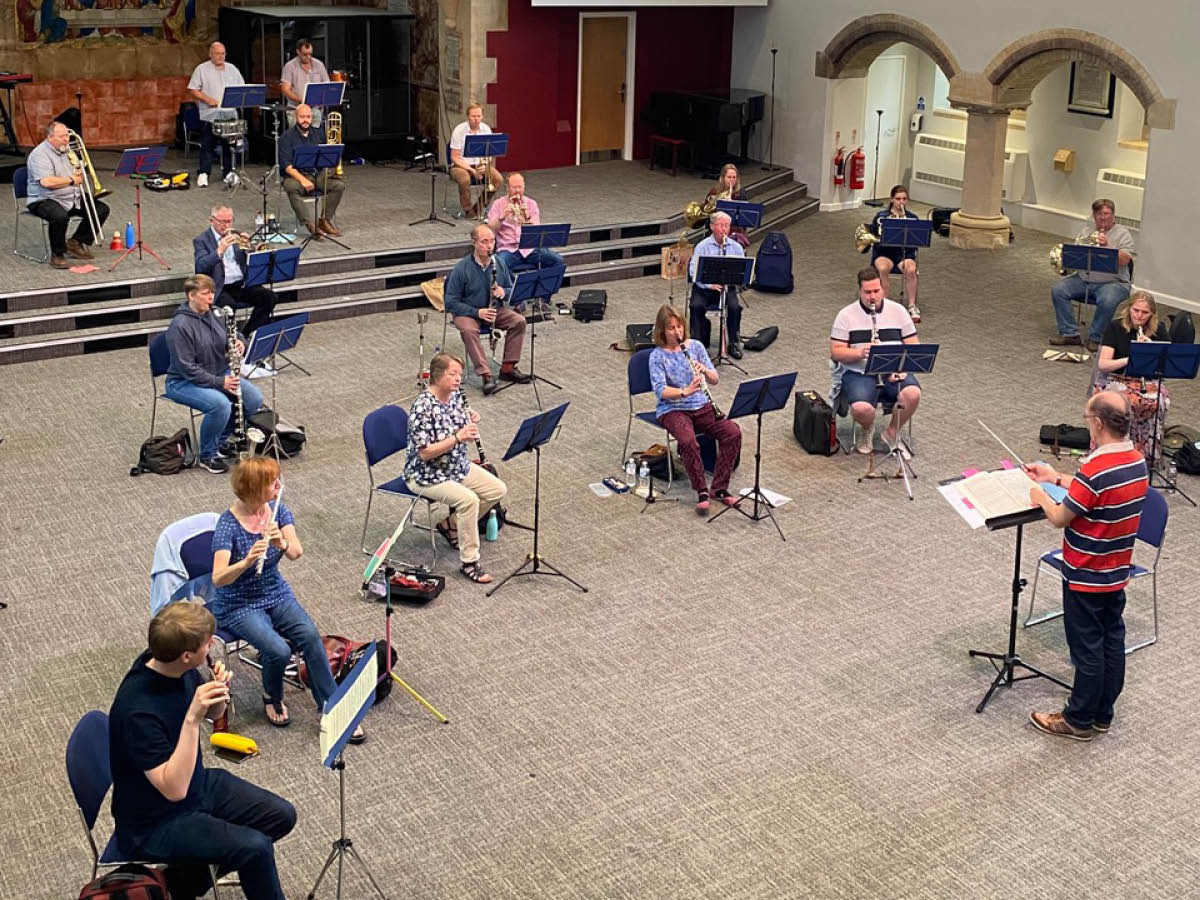 Collectively, the instruments of the Bardi Symphony Orchestra fell silent after a wonderful workshop day last October.  Attempts were made to hold further workshops in February and March but these were thwarted by lockdown restrictions so it was with great excitement (and not a little trepidation!) that players got together again just nine months to the week later in July and in the covid-secure surroundings of a very welcoming Holy Trinity Church, Leicester.

Well over 50 players, divided into two groups, wind and stings because of space constraints, got together to rehearse pieces specifically for those two groups: Mendelssohn’s Overture for Winds and Elgar’s Serenade for Strings. Sadly MD Claus Efland could not travel from Berlin because of quarantine restrictions but Orchestra Leader Adam Summerhayes (strings) and Bardi Wind Orchestra Conductor David Calow (wind) very capably put players through their paces (to the evident satisfaction of Claus who was watching via a special link from Berlin!).

Feedback received by Orchestra Manager Robert Calow afterwards gave a big thumbs up to the Bardi board for all the organisation which went into arranging the day. All eyes are now on our first rehearsals for the 2021-22 season which begin in September with the new season to be announced very soon!