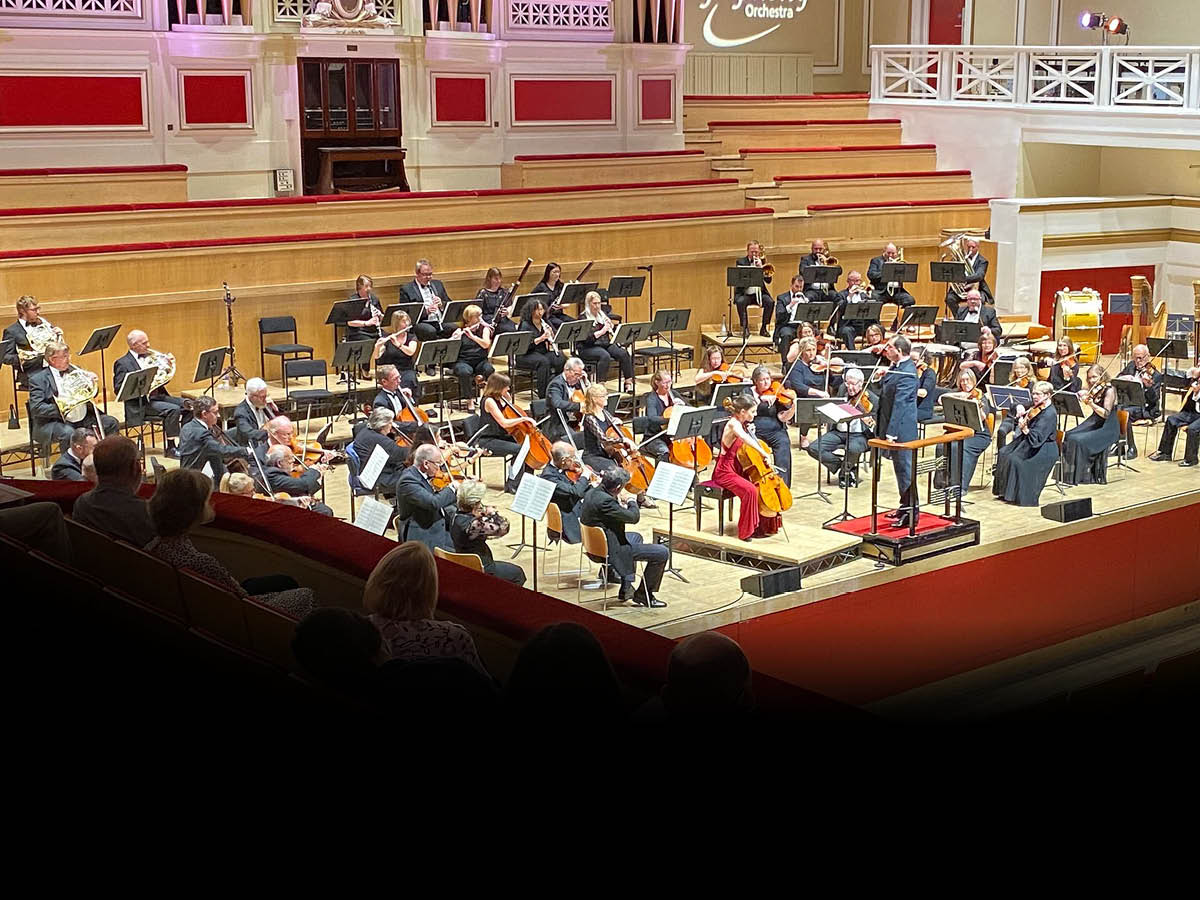 The Orchestra’s 2021-22 De Montfort Hall season drew to a triumphant close on Sunday with the long-awaited all-Elgar concert, The Essence of Elgar. The strings of the Orchestra opened the programme with the well-known Serenade for Strings. The remainder of the players then came on to the stage and were joined, in her first appearance with the Orchestra, by soloist Lydia Shelley for an effortless and lyrical rendition the much-loved Cello Concerto.

The inclusion of this work, although originally programmed over two years ago, provided a fitting piece to include in this concert which was dedicated to the memory of the Christina Warner, a long-standing cellist in the Orchestra who died earlier this year. The concert was attended by a large group of her friends and family.

The second half was occupied by the composer’s First Symphony, a big work in every way scored for a large orchestra and substantial in length. The Orchestra did it full justice and the applause lasted for some time. A fitting end to a season which was not without its logistical challenges as the country emerged from the grip of the pandemic. As one audience member commented on social media afterwards “the emotional atmosphere generated by this enthusiastic and accomplished orchestra would compare well with any in the capital, and all on our own doorstep. Thank you so much for a truly memorable concert”.

Serenade for Strings in concert

The Cello Concerto with Lydia Shelley

Symphony No. 1 in concert