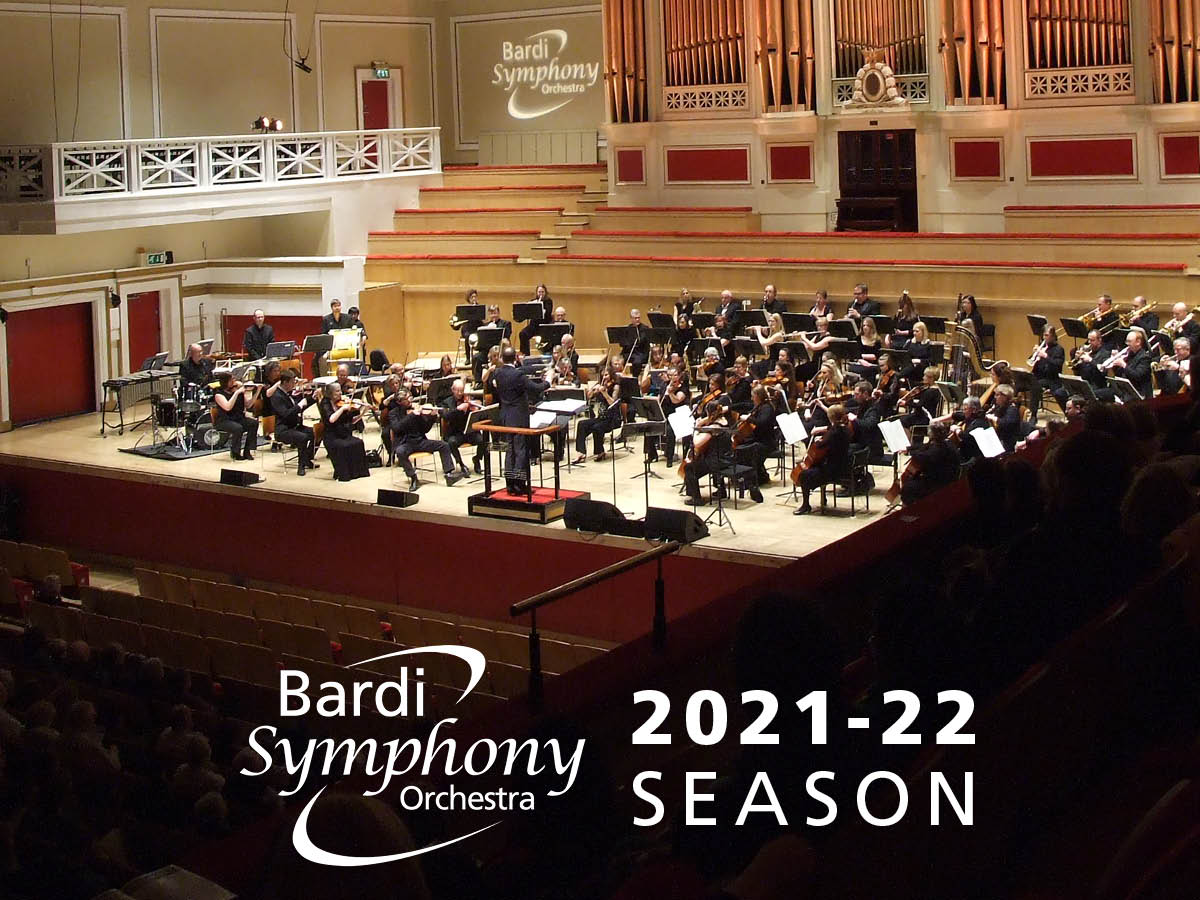 After eighteen months of enforced silence the Bardi Symphony Orchestra are back with an enticing season of varied concerts appealing to all tastes. Their season opens in style in October with a blockbuster symphonic programme featuring not one but two soloists. The concert opens with Elgar’s sumptuous arrangement of Bach’s Fantasia and Fugue in in C minor. Former Bardi Young Musician Amalia Young joins the orchestra for a performance of Mendelssohn’s ever-popular violin concerto and, in the second half, the renowned De Montfort Hall Organ springs into life with a performance of Saint-Saëns ever-popular Organ Symphony featuring organist David Cowen.

November brings an afternoon of ‘Stage and Screen Favourites’. Join Claus Efland and the Orchestra for a lightening tour through decades of film and musical memorables. For an early spring Sunday afternoon treat, in March join the Bardi for ‘Fantasy and Adventure’ and immerse yourself in familiar but other-worldly sounds and let your imagination run riot. The programme opens with the mischievous Sorcerer’s Apprentice followed by the Suite from the tuneful and playful ballet Les Biches. The second half features Rimsky-Korsakov’s powerful Scheherazade portraying the timeless love story of the young Prince and Princess.

In ‘The Essence of Elgar’ the Bardi’s De Montfort Hall season finale sees three works showing the different sides of one of England’s greatest composers, Sir Edward Elgar. The first half has the delightful String Serenade contrasting strongly with the passionate and powerful Cello Concerto. The mighty First Symphony brings the concert to a magnificent conclusion with one of Elgar’s most inspired themes.